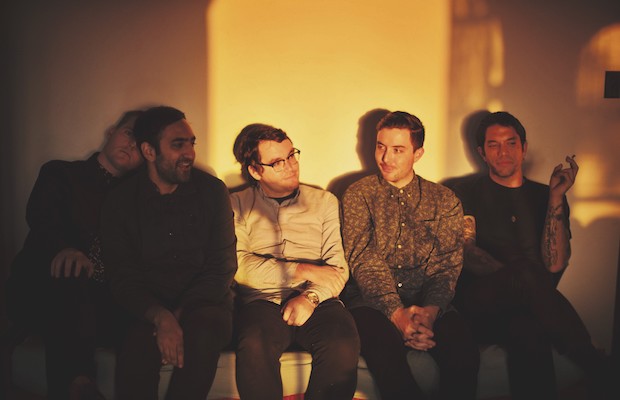 Late last year, we announced that genre-bending, artsy San Francisco black metal meets post-metal meets shoegaze outfit Deaheaven would play their second ever headlining show in Nashville, and first in three years (they’ve been back as a support act, and also played Bonnaroo in between) tonight, March 8 at Mercy Lounge. Still riding a wave of positive buzz for their aggressive, complex, and critically lauded 2015 release New Bermuda, despite their hip reputation, Deafheaven’s live show is more loud, intense, and visceral than you can even imagine, and with several years of constant touring under their belt, they’re more honed and huge than ever. Joining the group this evening are Texas post-rock outfit This Will Destroy You, whose instrumental, ambient, droning style does overlap with some of Deafheaven’s doom and shoegaze tendencies, but generally remains a little less intense, and LA singer-songwriter and visual artist Emma Ruth Rundle, whose ambient, folky, post-rock informed style also feels well suited to kick things off. Amazingly, you can still buy tickets here, but we wouldn’t procrastinate.

Deafheaven, This Will Destroy You, and Emma Ruth Rundle will perform tonight, March 8 at Mercy Lounge. The show is 18+, begins at 8 p.m. (doors at 7 p.m.), and tickets are available to purchase for $21.