Hall & Oates, Tears for Fears to Play Bridgestone Arena May 24 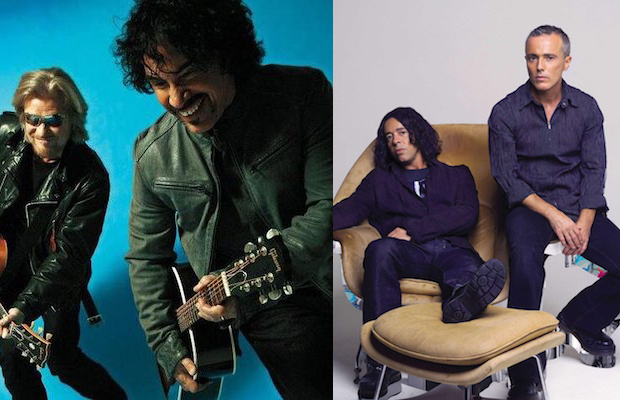 Two of the ’80s greatest musical duos, Hall & Oates (who, nowadays, go by the more formal Daryl Hall & John Oates) and Tears for Fears are teaming up for a massive, nostalgic, North American summer tour, and the hitmakers are aiming high, with arenas booked all over the continent, including a May 24 outing at Nashville’s own Bridgestone Arena. While Hall & Oates are no strangers to Music City (John Oates even calls our town home these days), playing the area annually for the last several years (most recently a headlining spot at Pilgrimage Fest), Tears for Fears haven’t played Nashville proper in more than three decades (not counting a 2015 stop at Bonnaroo), with a 1985 Grand Ole Opry performance their one and only local show, making their return all the more highly-anticiapted. Though Hall & Oates’ soft, soulful, pop rock sound and Tears’ synthy, new wave are distinctly different, as were their original fanbases, their monstrous hits and pop knack harbor plenty of crossover appeal, and fans of each should still find plenty to love (and sing along to). Tickets to the upcoming show, which features Allen Stone as support, go on sale Friday, March 17 at 12 p.m. CST right here, with a variety of pre-sales beginning March 13.

The Flaming Lips Debut Video for "There Should Be Unicorns" | Catch Them March 29 at War Memorial Auditorium!