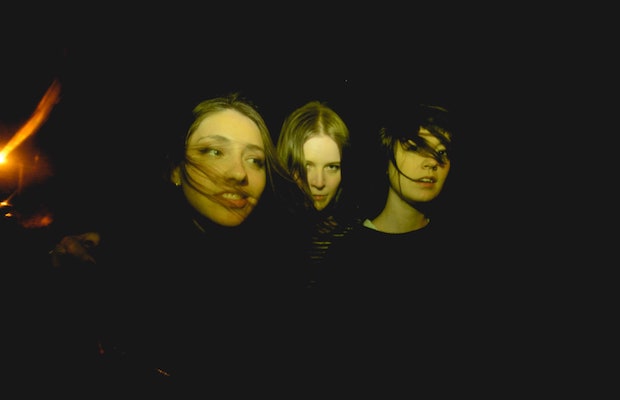 It’s been nearly two years since local grunge pop trio Daddy Issues released their triumphant debut Can We Still Hang, and even longer since the band, who originally began as a parody Twitter account, and largely learned their instruments along the way, first fell onto our radar. In the years since, Daddy Issues have come a long way, joining the roster at tastemaking label Infinity Cat, touring the country, and legitimately becoming a relevant, well-rounded, and compelling fixture and powerful, feminist voice in the local punk scene.

We’ve known for awhile that they were working on a new record, their first proper full-length (CWSH was more of a mini-album, at eight tracks) and first vinyl LP, and, last week, were stoked to learn that it’ll finally arrive May 19. Dubbed Deep Dream, Daddy Issues’ latest was helmed by JEFF the Brotherhood’s Jake Orrall, and, we’re told, “combines the best of ’80s alternative, ’90s grunge and ’00s pop, tackling the difficulties of friendship, heartbreak, mental health, sexual assault and a buncha other real life issues that come with the package of youth in the modern world.”

With single “In Your Head,” which you can hear below, we’re introduced to a whole new Daddy Issues. Sure, the bold, direct “fuck you forever” ode to terrible exes is reminiscent of tracks on Can We Still Hang, but sonically, they sound like a band evolved, brandishing a tight, cohesive sound, confidence, and polish that we haven’t heard before (and one that falls more closely in line with recent live performances). Hear “In Your Head” below, and pre-order Deep Dream here on vinyl!