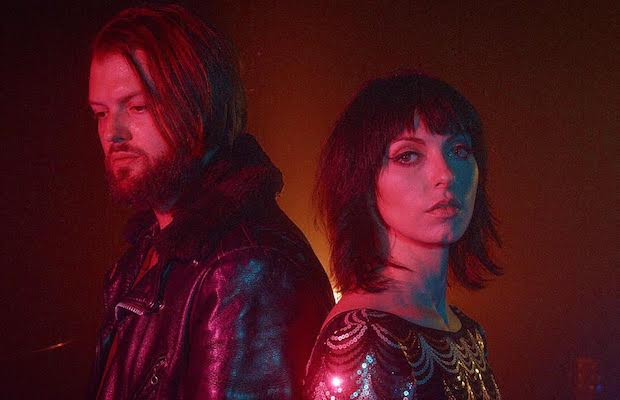 The brainchild of local producer and multi-instrumentliast Jordan Dean, Stereo Specter is a project that’s been bubbling for at least a year (you might have heard some love on Lightning 100 already), but are really eyeing 2017 as broader launching ground, as Dean prepares to release a new lush, indie/electro-pop EP and a series of a stylish, sci-fi inspired accompanying videos.

Co-produced by Dean and Allen Parker (the duo also recently helmed an upcoming Hannah Aldridge album), with Jordan tackling every instrument but drums (which his cousin and longtime collaborator Garrett Dean played), Stereo Specter’s EP is set to feature some familiar guests like Brooke Waggoner, EZA, Kristen Rogers, and Kat Smo. Smo factors prominently in lead single “Soul Sucker,” and we’re thrilled to bring you a premiere of its dreamy, spaced out, colorful new video.

Directed by Gabriel Mozart Steven Abeyta, and conceived by Abeyta and Dean (they’ll produce video for every tack from the EP, all with a unique theme), “Soul Sucker” harbors a nostalgic, surreal style that perfectly captures the track’s aesthetic, while establishing its own engrossing narrative. Watch the video below, and keep an eye on more from Stereo Specter; we have a feeling this is going to be a big year for his exciting new project.