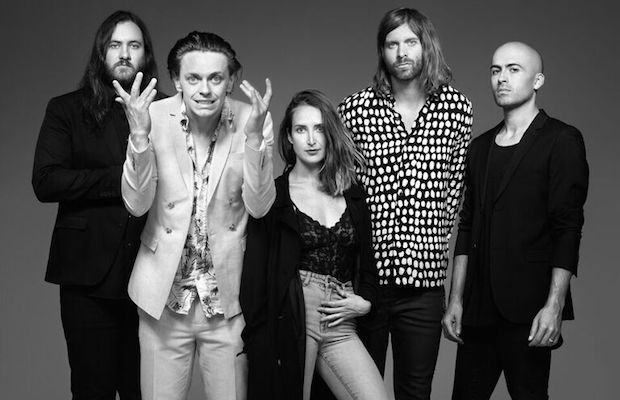 Riding high on the buzz from their fantastic 2016 sophomore effort Touch, Canada’s July Talk are fast becoming a must-know band in the alt rock world, renowned for their excellent live show and musical versatility. After a busy past year, the group are set to return to Nashville to play The High Watt on Feb. 9, a spot they last headlined in 2015, this time with locals Mona and fellow Canadians Little Junior. You can still grab tickets right here, but we’re also giving away a pair of tickets to one lucky fan! Read on for more about the lineup and enter below.

Winner will be announced Tuesday, Feb. 7 at 5 p.m. CDT, and will receive one pair of tickets. Good luck!