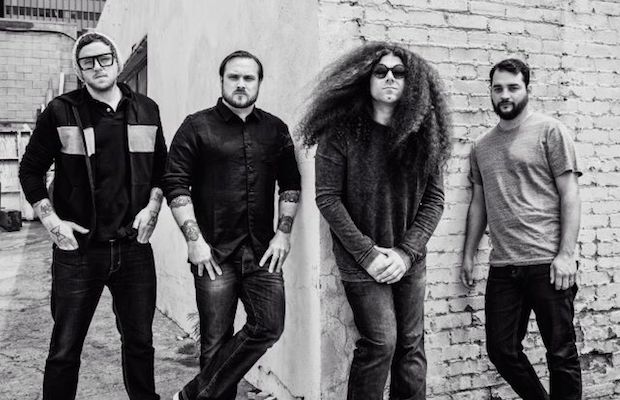 Though their first two albums earned them an unprecedented indie following, it was inarguably Coheed and Cambria‘s third full-length, the weird, sprawling, proggy, emo-tinged, spaced-out concept album Good Apollo, I’m Burning Star IV: From Fear Through the Eyes of Madness, that catapulted the group to the national spotlight, setting the course for them to become festival headliners, major rockstars, and an unlikely and well-deserving mainstream success story in the more than decade since. Still a rabid fan favorite, Coheed will celebrate their landmark third album by playing it full on a lengthy spring run dubbed The NEVERENDER GAIBSIV tour, which returns them to Nashville for a third consecutive year, once again at Marathon Music Works on May 3.

Expanding on the Armory Wars comic book series intended to tie in with the group’s sprawling, seven-album sci-fi concept, singer Claudio Sanchez has also announced a 12-issue “Good Apollo” comic run, which will coincide with the tour. Tickets to the all ages outing are available here, and fellow epic, proggy, concept group The Dear Hunter, who recently announced a comic book tie-in of their own, have been tapped to support.