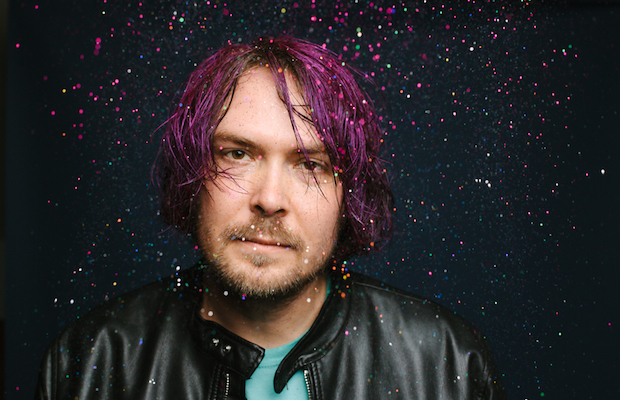 Fans of the site will remember upstart pop outfit Solar Twin’s debut single “Slow Motion” earlier this year, and those that heard that single likely became more convinced that the pop scene in Nashville continues to blossom.  Today, we premiere a new video from Solar Twin for their sophomore single “Black Sky Revisited,” which dropped right before the Christmas holiday.  Fans of frontman Shane Tutmarc may recognize “Black Sky” from his previous bluesy rock persona, but Solar Twin “revisited” this track to run it through the pop filter to excellent effect.

We asked Shane about the song and new video, and he tells us, “‘Black Sky Revisited’ still holds a lot of mystery for me.  Songs that are written very quickly usually take the longest for me to unfold, and this song was written in one burst of lightning fast inspiration.”  He continues, “Originally it was written as a lonely acoustic blues, but when I was starting the Solar Twin project early last year, the song came back to me and it felt like it found its perfect home in a harder-edged electronic treatment.  As a text-book Libra, I’m always looking for balance and symmetry, and ‘Black Sky Revisited’ feels like the yin to the yang of (our debut single) “Slow Motion.”  For the video, I was also looking for balance, and this beautiful footage of flowers opening (which I reversed to show them closing) brought a delicateness and serenity to the angular, aggression of the song.”

Head below to check out the video, and, if you hadn’t already gotten on the Solar Twin bandwagon, welcome aboard.