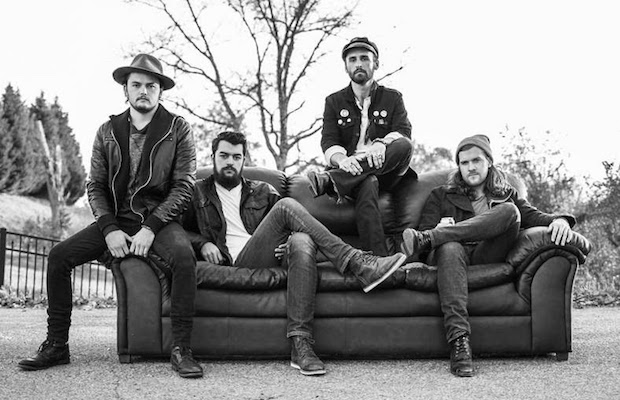 “Next likely Nashville success story” is a tag we toss around regularly, but with a scene so rich, it often feels justifiably applied. One longtime favorite definitely worthy of that descriptor are Future Thieves, who, over the last few years, we’ve watched grow from a promising new local rock group to a critically acclaimed, soon to be internationally touring outfit, whose 2015 debut full-length ranked among our favorite local releases of last year. Ahead of their new live album and before we break for the holidays, Future Thieves are heading up a “Not-So-Silent-Night” show Dec. 16 at 12th & Porter, joined by fellow buzzy local Guthrie Brown and Miami’s SunGhosts, for an affordable, fun weekend escape before the holiday grind. While tickets are still available here for just $5, we’re also giving away a pair of tickets to save one lucky winner a few bones, and you can read on for more about the lineup and enter below!

Winner will be announced Wednesday, Dec. 14 at 6 p.m. CST, and will receive one pair of tickets. Good luck!