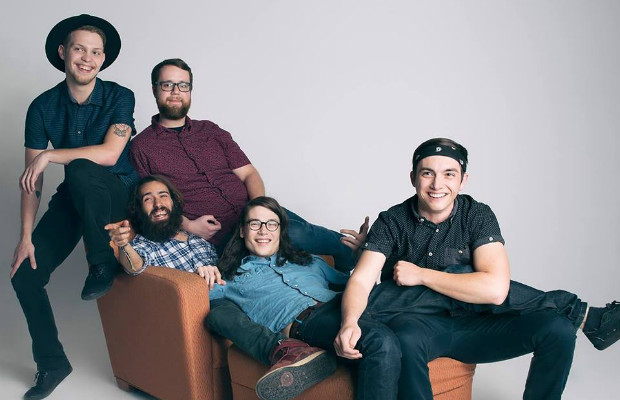 It’s been on a few months since rising Boone, NC indie rock outfit Rainbow Kitten Surprise last played Nashville, and they are back tonight at Exit/In along with a rising band from our western border, Little Rock, AR indie rockers Amasa Hines.  The show gets started at 9 p.m., and tickets are still available for $18.  Head below to learn more, and get out to see some live music tonight.

Rainbow Kitten Surprise popped onto our radar earlier this year with their catchy hooks, rhythmic harmonies, and heartfelt lyrics; and clearly, they were on other folks radar too, given that their last stop through Nashville resulted in a sold out show. Digging back through the band’s catalog, starting with their 2013 debut, Seven + Mary, it’s clear to see influences ranging from Bon Iver to Kings of Leon, yet they manage to create a uniquely singular style that sets them apart from the flood of other “indie” rockers on the scene these days.  However, touring and the release of their second LP, RKS, this year show a continued maturity in their sound.  They still lean heavily in the alt-rock spectrum, but, with a honed texture and melodic touch, they have created enough of a stir to land slots in the upcoming summer festival circuit.  Given the rapid success of this band, you may not end up with too many more chances to see them in a small club setting, so don’t miss the opportunity tonight.

We first fell in love with Amasa Hines earlier this year as we were preparing for Bonnaroo.  The genre-twisting Little Rock six piece made waves with their 2014 debut, All The World There Is, which weaves through the blues, afro beat, horn laden soul, and melodic folk inspired tunes, and found themselves playing numerous festivals last summer.  With all of that momentum, it seems certain they have another record in the can, and we would expect there is a good chance to hear what’s next tonight.