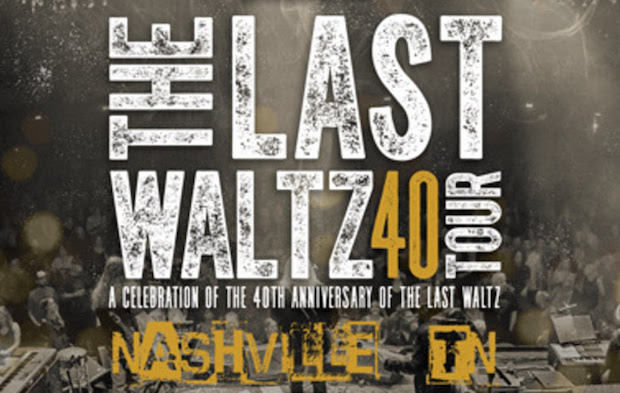 The now infamous Thanksgiving day 1976 concert, dubbed “The Last Waltz,” has seen tributes popping up all over the country, with a significant number in Nashville, to celebrate the 40th anniversary of the iconic event.  The original event,  hosted by The Band at Winterland Ballroom in San Francisco, featured dozens of musical guests including Bob Dylan, Neil Young, Ringo Starr, Emmylou Harris, Van Morrison, Neil Diamond, Eric Clapton, and the list goes on and on; and it was was well documented in the 1978 documentary by Martin Scorcese, which you will also find playing at a number of independent movie theaters this time of year, including The Belcourt.

In the biggest “Last Waltz” tribute announcement yet, a very special event was just announced at The Ryman on Jan. 25.  This homage to the greats features Warren Haynes, Michael McDonald, Jamey Johnson, John Medeski, Don Was, Terrence Higgins, and what is sure to be a star studded lineup of special guests.  General admission tickets go on sale Saturday Nov. 19 at 10 a.m., but a pre-sale for this sure to be hot ticket is going on right now through 10 p.m. on Friday Nov. 18 using the password “WALTZ.”  Head below for a live performance from the original concert, and grab your tickets before they are gone.