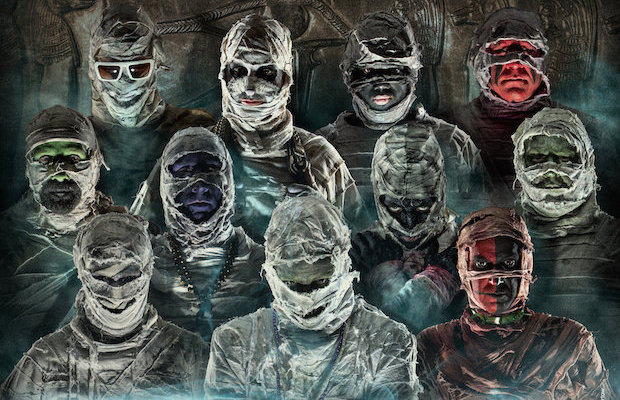 Are you a lover of all things that go bump in the night? Are you looking to make this year’s Halloween weekend extra memorably spooky? If so, then this is the ONLY show for you, as Marathon Music Works and Lightning 100 host Paranormal Rocktivity 2016, starring the funkiest undead band around, Here Come The Mummies along with New York action comics punks Peelander-Z. Tickets are currently available here, but we’re also giving away a pair of tickets to one lucky reader. Just click on after the jump for your chance to enter the contest, and to learn more about the best costumed lineup you may ever see!

Winner will be announced Friday, Oct. 28 at 12 p.m. CDT, and will receive one pair of tickets. Good luck!