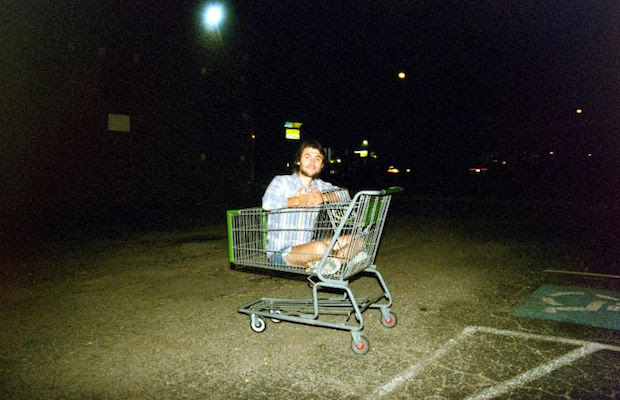 It’s another stacked weekend here in Nashville, and as always No Country has you covered with the details on all the best show happenings. Tomorrow night, Oct. 15, The East Room will play host to a killer lineup of poetry and music as longtime Nashville punk prophet Pujol celebrates the birthday of frontman Daniel Pujol, along with the release of his new poetry “chapbook” entitled Mighty Stranger. Joining the party will be noise rock quartet Husband Stitch, and one of the hardest working bands in Nashville, Watcher.

The evening will also feature poetry readings scored by Watcher that will be interspersed between bands. The readings will be from Daniel Pujol himself along with others like Eric Benick, Josh Gillis, Nick Rossi, and Laura Birdsall. We have all the details on the music below, which starts at 9 p.m. for this 18+ show. Read on for a full preview, and don’t flake out on this perfect encapsulation of what makes this town so great.

Whether it’s at a local poetry reading with a notebook in hand, or at a stellar rock and roll show with his tele locked and loaded, Daniel Pujol is a prominent force and creator of unique art here in Nashville, primarily through his long running musical vehicle Pujol. Ever since coming to Nashville, Pujol has grabbed the attention of punk rock and DIY enthusiasts in an eccentric and upbeat manner, unlike anything we’ve quite seen before, and it is his intense desire to always release new material from his creative outlets that has brought Pujol to where he is today. The project got a fast start putting out singles on Infinity Cat and Third Man Records, and, before long Pujol was releasing full-lengths filled with anthemic, punk-tinged power pop rockers that parody the concepts of a dystopian future and impending gloom. He has toured with such acts as Ted Leo and The Pharmacists, and frequently collaborated with former Pujol drummer Stewart Copeland (not that Stewart Copeland), on some stunning and surrealist music videos.

Pujol’s last EP Kisses was a collision of both his love of music and his love of writing poetry. But now, Pujol is taking his poetic side a step further, celebrating the release of his Mighty Stranger Chapbook, a collection of poems and musings from the man himself. With a band that includes the likes of Quichenight frontman Brett Rosenberg, and Ian Sunderstrom from Watcher, another Pujol show at The East Room is sure to take your mind off of the horror that is our 2016 election, at least for a little bit. To top it all off, it’s Daniel’s birthday so make sure you come show him some love.

Olivia Scibelli’s grunge pop band Idle Bloom just deservedly won “Best Band” in The Nashville Scene’s Best of Nashville 2016. And, while you likely know her main gig, you might not yet know about Olivia’s other project Husband Stitch, an aggressive noise-punk band that is full of raw vitality and forces not to be reckoned with. Husband Stitch has it all: loud and gritty guitar riffs, unstoppable drum beats, and hair-raising vocals that are literally right in your face as Scibelli pushes her way through crowds she has the full and undivided attention of. They wowed us at the Cassette Store Day Party at Grimey’s, and we are stoked we get to see them again so soon.

Opening up the night will be one of our new favorite hardcore bands Watcher. Equipped with a solid cast of talent that features Noel Richards (Shell of a Shell, Good Sex) on guitar/vox and Ian Sunderstrom (Pujol, Christ 4) on bass, Watcher have been busy rounding out the lineups on some of our favorite bills this year. Their consistent longing to rock has landed them spots at Freakin’ Weekend, and next to such acts like Death From Above 1979 and Bully. Watcher’s sound is a fierce take on the work of DIY legend Steve Albini, combined with a dash of math rock ethos that can sometimes make you second guess the rhythm of your head-banging. They just finished a tour with Sallow and are ready to start melting ears in Music City again. Don’t miss out.