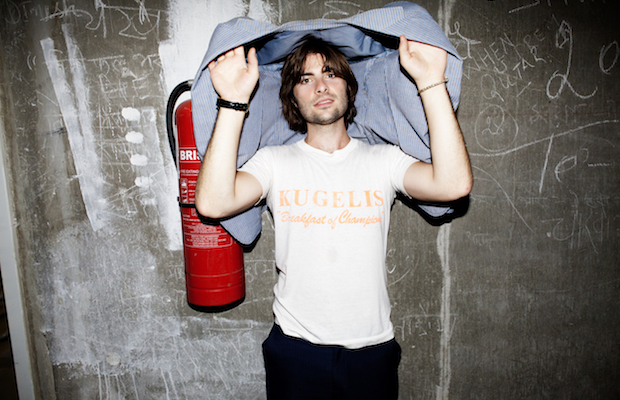 Celebrating their fourth album and first in six years, Washed Away, LA’s Rooney, now effectively a solo vehicle for frontman Robert Schwartzman, are set to return to Nashville for the first time since 2011, later this month, Oct. 23 at 12th & Porter with buzzy up and comers Royal Teeth and Swimming with Bears. Experiencing something of a second wind, this definitely feels like the most exciting time to catch Rooney live in years, and if you want to feel both nostalgia for their early ’00s beginnings while looking towards the band’s future, you can grab a ticket right here. Or, if you’d rather roll the dice, we’re also giving away a pair of tickets to one lucky fan; read on for more about the show and enter below!

Channeling an affinity for folk, but unafraid to lay down heavy synth lines and thick indie pop orchestration, Louisiana’s Royal Teeth balance guy-girl vocals, huge hooks, and soaring harmonies effortlessly, crafting a hypnotic sound that holds an immediate familiarity, while retraining a refreshing uniqueness. Formed in 2010, the group quickly attracted a following after their self-released 2011 EP Act Naturally, soon inking a deal with Dangerbird ahead of their 2013 debut album, Glow, all the while performing on American Idol, appearing on Last Call with Carson Daly, and landing spots at SXSW, CMJ, and Bonnaroo, and more, plus tours with Fitz and the Tantrums, The Kooks, Walk the Moon, and American Authors, among other big names. The group are finally gearing up to release a new EP, Amateurs, on Nov. 18, so it’s an especially exciting time to see Royal Teeth in action!

Though they cite influences like King of Leon, Band of Horses, and Explosions in the Sky, Texas alt/indie rockers Swimming with Bears harbor a lot more soul than any of those references, and certainly veer more into that territory than the rest of this bill. Formed in 2011 and initially conceived as a side project, the group recognized their immediate chemistry and recorded a debut EP, eventually turning to Kickstarter to successfully fund a proper followup. After several years of touring and met with positive press, the group are fast building a reputation for their eclectic sound and strong live show, and are more than suited to warm the night up.

Winner will be announced Thursday, Oct. 20 at 5 p.m. CDT, and will receive one pair of tickets. Good luck!