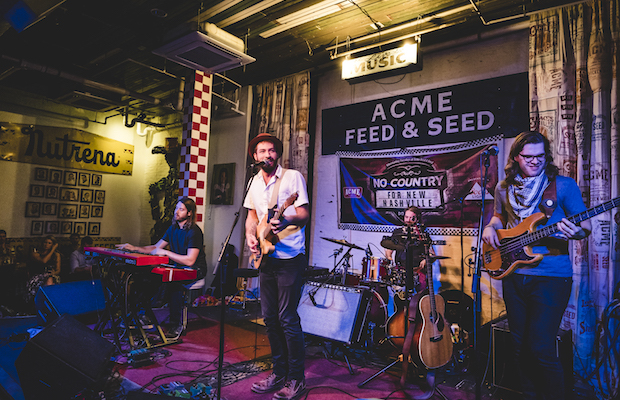 Our long-running, free, bi-monthly Acme Feed & Seed showcase series is still going strong, and  our installment on September 13 had some very unique flavors. We were pleased to welcome funky folkster Sam Burchfield, indie pop perform Wrenn, and country-fried americana performers Nick Dittmeier & The Sawdusters. Read on for a full recap, and check out some great shots from contributing photographer Jake Giles Netter.

After a long break in our frequent history of collaboration, I was eager to see my good friend, splendid photographer, and partner in No Country crime, Jake G. Netter. We chatted at the far bar of Acme, sipping our beers as the bands loaded in. Once we were pretty much up to speed with one another, it was time for the music to start, and for us to get to work. 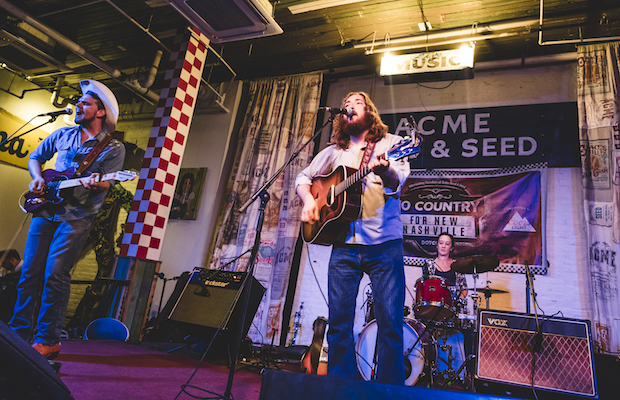 Our first band of the night, Nick Dittmeier & The Sawdusters, were really more outlaw country than americana, but they were most enjoyable nonetheless, powering through their southern ballads of life on the road, playing dusty juke joints, keeping the feller’s and their ladies dancin’. There was an awesome bluegrass twang in their lightning fast pickin’ which had me transfixed, and there was no BS to their set; straight to it, with little or no talk between songs. They kicked out a honky tonk love song or two, and later broke out acoustic instruments to jam in a more traditional bluegrass style. By the end of their set they definitely showed their range, proving that had some rock ’n’ roll in ‘em as well. 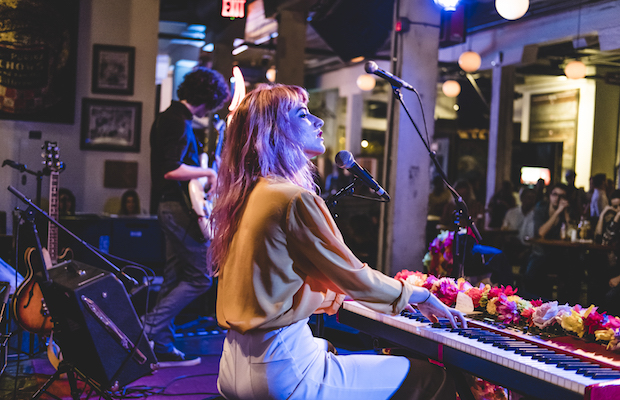 Completely changing gears, indie pop artist Wrenn was next. Hailing from Athens, GA, she boasts a visual art degree as well as a flair for songwriting, like on the title track from her EP Apathy & Good Books … the second song of her set. Her lounge pop sound reminds me of smokier, toned down B-52s meets early Cat Power. Everything from the album artwork and videos, to the bubblegum-chic outfits she wears when performing, is also self-produced. Impressive indeed. She also played some new, unreleased tracks that all sound radio ready to me. She even slipped in some pretty boss beat-boxing, proving their is almost nothing she can’t do, once she puts her mind to it. Her accompanying band helped round out her songs, blessing them with easy to vibe with melodies that kept a smile on everyone’s face. 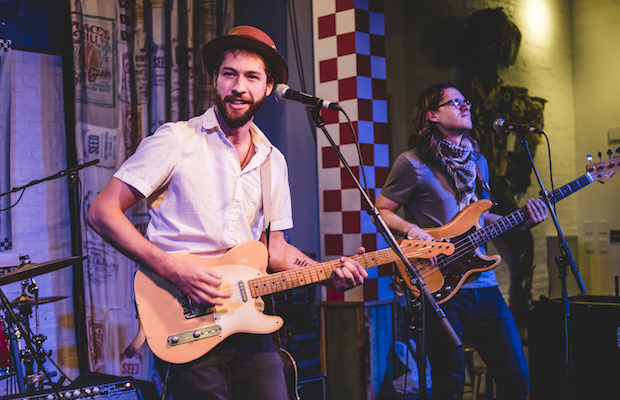 Also hailing from Athens, GA,  (friends with Wrenn as well, both bands rode to Nashville together) Sam Burchfield, and his very talented band closed out another eclectic night of music with a bang. Super funky to start, they showed the large crowd why they caught our attention immediately when we first heard them floating around the interwebs. Showing stage presence beyond his years, Sam got some crowd participation in on the first song, and kept the groups focus through  out. The second song, one of many great tracks off his new EP, Unarmored, featured guitar on led that would have impressed Chuck Berry. In the middle of it, they stretched out a jam, building and building, to a heavier and heavier crescendo. I was eating it up. He brought Wrenn out for kick ass cover of The Band’s “Ophelia” that got everybody bopping and they closed out with a few more fast paced numbers, proving that rock is alive and well in Georgia. Check out our full photo spread below, and be sure to check out all our FREE Acme showcases when you can!