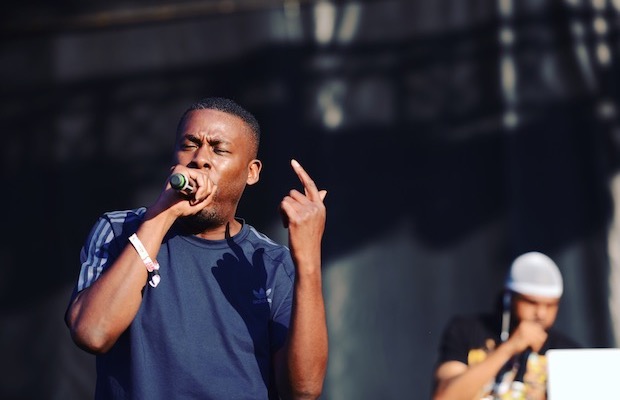 With nine primary members and countless associates, seminal, long-running New York hip hop outfit Wu-Tang Clan have spawned dozens upon dozens of albums that could be directly or indirectly linked to the group and its offshoots. Of wildly varied quality, the numerous Wu and Wu-related albums range from good and great to bad or forgettable, and a small handful even stand unanimously praised and heralded not only as the best of the bunch, but as certifiable modern classics and among the greatest hip hop albums of all time. Aside form 1993 Wu-Tang debut Enter the Wu-Tang (36 Chambers) and, perhaps, Raekwon’s 1995 Only Built 4 Cuban Linx…, none are as beloved as GZA‘s sophomore solo effort, 1995’s Liquid Swords. Singlehandedly transforming GZA, also known as The Genius, into a solo star in his own right, and a critically-acclaimed, crossover figure in hip hop who’s fame has endured ever since, the LP takes Wu-Tang’s template of hard, pop culture-referencing, experimental, and uncompromising hip hop, and adopts it through a near singular lens, firing on all cylinders in a way that has phenomenally managed to stand the test of time.

Paying tribute to the groundbreaking release, GZA has partnered with City Winery to announce string of intimate shows where he’ll perform Liquid Swords in full, at the franchised venue’s locations in Chicago, New York, and Nashville. The local stop will take place on Nov. 8, with both an early (7 p.m.) and late (10 p.m.) show, and tickets are available now for $30-45 here and here. The performance also promises more than just one album’s worth of music, plus “audience interaction,” and we have no doubt it’s going to sell fast; don’t sleep on it!