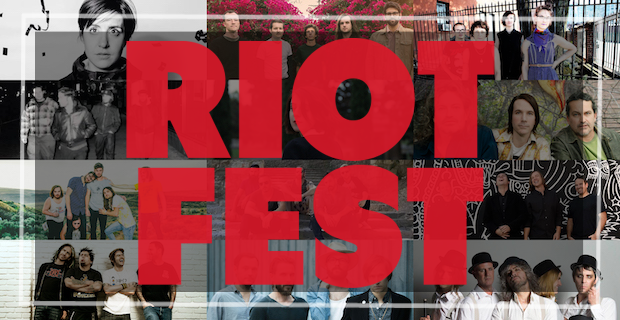 What began as a modest multi-venue club festival in Chicago just over a decade ago, and has, over the years, grown to become the city’s second-largest music fest, just behind Lollapalooza, the punk-centric Riot Fest is now a certifiable institution, spawning spinoffs in various other cities across North America (this year, Denver), while doubling down on its Chi-Town roots, with jaw dropping, headline grabbing lineups and major reunions in recent years. This weekend, Sept. 16-18, Riot Fest returns to its new home of Douglas Park, adopted last year, and with a bill headed up by Morrissey, The Flaming Lips, and a reunion of the original Misfists more than 30 years in the making, the event reigns as not just one of the year’s best punk festivals, but one of the best festivals around period. Per usual, Riot Fest Chicago’s entire bill is absolutely stacked from top to bottom, even including a few Nashville favorites, and we’re thrilled to announce that we’re road-tripping north to bring you full coverage, winding down what has been one stellar, busy festival season! In case you’re ready to Riot too (or if you’re joining us from elsewhere), we’ve put together another handy festival guide, where we’re counting down our top picks for each day. Grab tickets here if you still need ’em, find full festival details (along with after party info and more) right here, and check out our picks below for 15 Friday acts you don’t want to miss!

Hailing from Long Island and formerly of Bomb the Music Industry, folk-tinged indie rocker Laura Stevenson has become a staple of the underground scene since first stepping out as a solo artist in 2010. Though not conventionally punk, her ties to the punk scene, fueled by her former band, have made her a unique and critically beloved musical fixture, and her fuzzy, earnest fourth album, Cocksure, produced by ex-bandmate Jeff Rosenstock, marked one of our favorite albums of last year.

When it comes to GWAR, their must-see appeal is squarely due to the overall experience, with the music, competent and enjoyable thrash metal and hardcore that it is, only secondary. The long-running, Grammy nominated Virginia group may have suffered a huge loss when frontman and founder Dave Brockie died two years ago, but their demonically theatrical, mythologically rich, geeky, horrific, and sci-fi themed live show, which you absolutely have to see at least once in your life, lives on.

LISTEN | “Madness at the Core of Time”

After a brief break, west coast melodic, post-hardcore outfit Touché Amoré reemerged this year ahead of a new album, Stage Four, set to drop the same day as their Riot Fest performance. Already an essential fixture in the modern punk scene, the band’s gut-wrenching, devastatingly beautiful and emotionally cathartic new music, which deals with the death of frontman Jeremy Bolm’s mother, is a heartbreaking snapshot of a band operating at their best and most vulnerable. Expect their set to especially rip in honor of release day.

Brooklyn punks Worriers first fell on our radar last year, when they enlisted Against Me! frontwoman and modern punk hero Laura Jane Grace to produce their impressive debut full-length, Imaginary Life. High profile endorsements aside, the band’s breezy, indie punk sound is personal and lean, angsty and smart, showcasing an impressive evolution of frontman Lauren Denitzio’s songwriting from prior project The Measure (SA).

Though seminal Long Island post-hardcore trailblazers Glassjaw have remained intermittently active over the years, they’ve been plagued by lineup changes, false starts, obligations to other projects, and singer Daryl Palumbo’s persistent health problems. It’s been five years since they last released an EP, and 14 since their last full-length, though rumors of an impending new record have swirled recently. A live powerhouse, their impact on the scene has been immeasurable.

The solo project of Now, Now guitarist Jess Abbott, Tancred has, over the past few years, blossomed into an outlet just as celebrated and buzzworthy as Jess’s other band, providing a vehicle for personal, poppy, earnest, and sophisticated indie rock. In the vein of groups like Speedy Ortiz, Tancred has remained in the bubble of the punk scene, and, backed by a full band, Abbott’s sugary sweet hooks juxtaposed with earnest songwriting makes for an intoxicating combination.

Pioneers of the British 2 tone and ska movement, The Specials first formed nearly 40 years ago in Coventry, England, finding breakout success in the late ’70s and early ’80s with their danceable ska sound and punk attitude, adopting mod style and influencing rude boy fashion. The band have broken up and reformed a few times ofter the years, and are missing a few key players, but they’re still whole enough to give you an authentic, legendary performance worthy of modern ska legends.

LISTEN | “A Message to You Rudy”

Of the numerous mid-sized legacy acts on this year Riot Fest bill, Arizona’s Meat Puppets definitely reign as one of our most anticipated. Influenced by punk, country, and psychedelic rock, the band’s ’80s efforts helped usher in the ’90s alt rock explosion, influencing legends like Nirvana, Soundgarden, and Dinosaur Jr. Since last reuniting in ’06, they’ve been fairly active, even releasing new music but the legendary band are still a must-see for any any serious rock fan.

They’ve popped up on several of our festival guides throughout the summer, but even if they weren’t from Nashville, breakout party punks Diarrhea Planet would still be one of our top summer music recommendations. With an insane, guitar-driven, uncontainable live show that could single-handedly save rock and roll, the band, celebrating their latest LP Turn to Gold, are one of the most epic touring acts making music today, fast becoming an essential festival fixture.

Though admittedly hard to digest if you’re not a metal fan and/or technical music geek, mathcore/metalcore/experimental outfit The Dillinger Escape Plan have long been making some of the most intense, progressive, and gloriously heavy music around. Their insane live show is an unrivaled experience, and with the recent news that they’re calling it quits for good after a nearly 20 year run, this could be one of your last opportunities to see them in action.

Over the past 20 years, Jimmy Eat World have ascended from emo pioneers and underground heroes to substantive mainstream rock stars, slowly leveling to permeant scene fixtures and now truly independent rockers, all the while crafting some of the smartest, most personal, and most emotionally charged albums of our generation. Their run of Clarity, Bleed American, and Futures, especially, was career-defining, and with new music on the way, they feel as relevant as ever.

LISTEN | “I Will Steal You Back”

Whatever your stance on the “emo revival,” there’s no denying the fact that numerous bands who fit that genre clarification have sprung back to life in recent years, providing a new generation of fans who never got to see them the first time around a renewed outlet. Kansas group The Anniversary are one of the latest such acts, currently on a run of shows for the first time in over 12 years. Their midwest, indie influenced sound makes their reunion a very welcome one.

Though they never ascended to the commercial heights of peers like Green Day, The Offspring, and Bad Religion (largely by choice, remaining fiercely DIY), LA punks NOFX are nonetheless one of the most influential acts of the Southern California pop punk scene, giving way to a ’90s boom that arguably still continues to dominate popular music today. After a successful new autobiography, and with new music on the way, the long running punks are a must-see at Riot.

After almost 15 years of dormancy, Swedish hardcore group Refused defied expectations and mounted a reunion run in 2012. At the time pegged as a one-off tour, it felt like the window to see them had opened and closed quickly. It turns out that the reunion stuck, however, as Refused regrouped once more last year, going above and beyond to craft a new LP, the (somewhat disappointing) followup to their seminal, near-perfect 1998 effort The Shape of Punk to Come. It feels like the intense, politically charged group are back for the foreseeable future, but we still wouldn’t miss an opportunity to see them while you know you can.

A group we’ve written about, raved about, and watched more times than we can count, especially when it comes to festival appearances, Friday headliners The Flaming Lips definitely deserve their top-billed spot, possessing one of the best, most unique, and most engaging live shows in the world. Though they’ve definitely gone wild with the gimmicks, both on and off stage, in recent years, the Oklahoma psychedelic rockers still connect where it counts, bringing their trippy, emotionally dense music to life with surreal visuals, periodically refreshed stage decor, and a whole lot of peace, love, and good vibes. A band you must should see at least one in your life, their Friday set will likely set the bar incredibly high for the whole weekend.