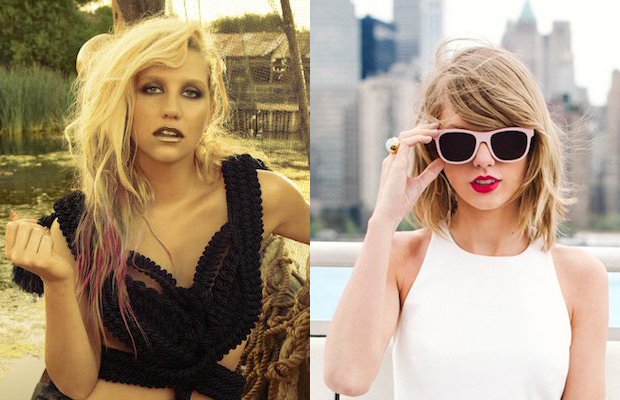 Is Kesha making music with Taylor Swift? Thanks to a recent cryptic Instagram post from the famed party pop singer, many fans seem to believe that might just be the case.

Only recently beginning to return to recording and performing, despite failed attempts to get out of her contract after several years of personal struggles and an ugly public legal battle with both her label and longtime producer Dr. Luke, who Kesha accused of sexual assault in 2014, the singer, a Nashville native since childhood, is rumored to release her long-awaited third album, a followup to 2012’s Warrior, sometime next year. Could Taylor be involved? The evidence seems to indicate that it’s a strong possibility.

Swift, who maintains a residence in Nashville, and spent her formative years in Music City launching her career, reportedly donated $250,000 to Kesha earlier this year, after a court denied the embattled singer an injunction that would have allowed her to record outside of her contract with Sony. A few months later, Kesha was spotted at Swift’s star-studded Fourth of July party in Rhode Island, where she reportedly sang background vocals with Taylor in an impromptu jam session. No stranger to collaborations, Kesha has previously written for the likes of Britney Spears, Alice Cooper, The Veronicas, and Miley Cyrus, has appeared on tracks with 3oh!3, Flo Rida, Zedd, Pitbull, and The Flaming Lips, and has featured big names like Iggy Pop, Patrick Carney, and The Strokes in her own music.

With that context in mind, Kesha’s Instagram post, with a caption that reads “making a FUCK OFF song with a casual Grammy award winning secret person” sure does feel like it’s pointing to one very likely candidate, and with recent confirmation that Taylor Swift is also back in the studio, her involvement seems all the more plausible. Check out the post in question below, and catch Kesha and her newly formed band Kesha and The Creepies at Atlanta’s Music Midtown Festival this weekend!