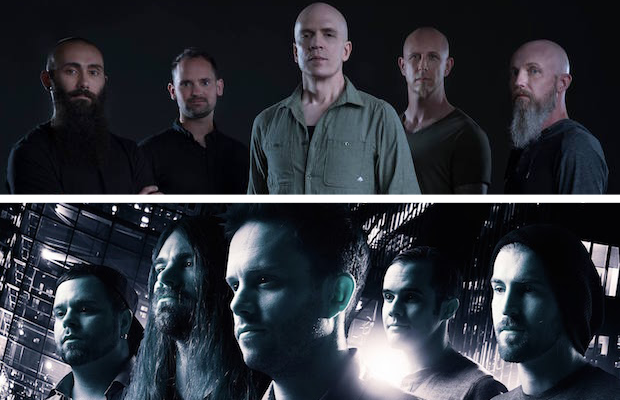 Though Nashville may not always be the first market you think of when looking for metal, Music City has, in recent years, become a real magnet for some of the best heavy bands around, catering especially to fans of more experimental and progressive stylings. Marathon Music Works has, in particular, been a great host to some of the best metal around, and with the Devin Townsend Project, the latest outlet for prolific Strapping Young Lad frontman Devin Townsend, c0-headlining tonight, Sept. 9 along with returning favorites Between the Buried and Me, playing their most recent LP Coma Ecliptic in full, with openers Fallujah, metalheads have one hell of a show to look forward to to kick off the fall. Tickets are still available here, so grab yours now and read on for more about the show!

Formed almost a decade ago in San Francisco, Fallujah have been entertaining the metal minded masses with their technical death metal and progressive sound since first erupting onto the scene with 2011 debut The Harvest Wombs. Most recently the band, who’ve shared the stage with tons of big names in modern metal, inked a deal with tastemaking label Nuclear Blast, and unleashed their third album, Dreamless, back in the spring. Not only rounding out the bill and repping for the newer scene, but also helping make this lineup more diverse, Fallujah are well-suited to warm up the stage, for a night of heavy tuneage any fan of serious metal is sure to love.

Devin Townsend Project, Between the Buried and Me, and Fallujah will perform Friday, Sept. 9 at Marathon Music Works. The show is 18+, begins at 8 p.m. (doors at 7 p.m.), and tickets are available to purchase for $26.