Guided By Voices to Play The Basement on Halloween 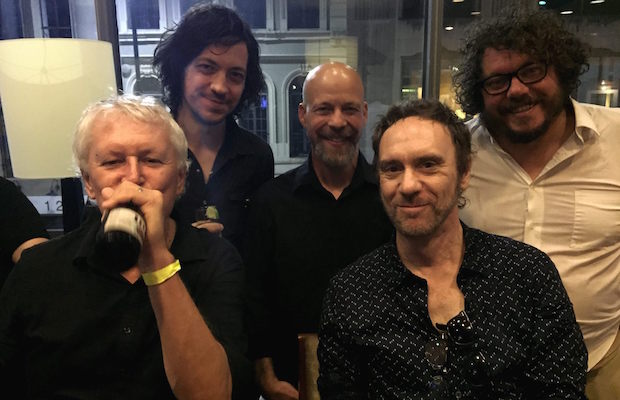 Since springing back to life (again) earlier this year, seminal indie rock outfit Guided By Voices have been incredibly active, releasing their 22nd official (and like 100th unofficial, seriously) album Please Be Honest, and touring the country with renewed vigor, regularly playing dozens upon dozens of songs each night, propelled by the stamina and enduring rock spirit of frontman and principal songwriter Robert Pollard. Though the ever revolving band rolled through town earlier this year, showcasing a new lineup that includes Nashville’s own Bobby Bare Jr. (plus longtime drummer Kevin March, newly reunited guitarist Doug Gillard, and newcomer Mark Shue), they’ve already announced their Music City return, and it’s a strong early contender for could-be show of the year. Not only is it a Halloween show, on Oct. 31, and not only is at The Basement, as in the original one on 8th, but it also just so happens to be Pollard’s 59th birthday. For a frontman that already goes as hard as most musicians half his age, we’re sure that, when crammed in an intimate room on his birthday, already a holiday of revelry no less, this will be a GBV show for the ages, and a special treat to anyone lucky enough to grab tickets. Given the size of The Basement, spots are extremely limited, so we’d suggest snagging yours here RIGHT NOW.