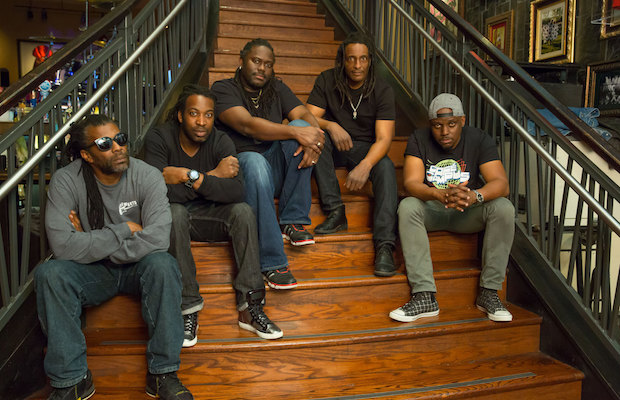 Big news for roots reggae aficionados and casual listeners alike. The Original Wailers will be stopping through Music City on Sunday, Aug. 21 with recently announced opener Floralorix to perform at City Winery. Featuring living reggae legend, Al Anderson, TOW are a must see for fans of Bob Marley and The Wailers era reggae. Tickets to the all ages show are currently available for $25-$32. Head below to read more about this virtual legacy act, as well as, their local protégés, and don’t miss out on this show.

Back in 1974, after Bob Marley went solo, he asked a man named Al Anderson to be the lead guitarist in his reformed band, The Wailers. From this wonderful partnership, all-time classic roots, rock, reggae songs like “No Woman, No Cry”, “Dem Belly Full” and “Curfew (Three O’ Clock Road Block)” were born, and an entirely new demographic world wide took note of Bob and the music that was birthed in his native Jamaica. Since the death of Marley, Al Anderson has kept the flame of reggae alive.  Aside from his time working with artists like Peter Tosh, James Brown, Stevie Wonder, The Rolling Stones, and Ben Harper, he also tours and records as The Original Wailers, and together they’re ready to share songs from their latest EP Miracle, as well as a heavy dose of classics originally written and performed with Mr. Marley. Be present, and spread the positivity at what promises to be the most important reggae show of the year in Nashville. One love!

An important player in the local reggae scene, Floralorix formed from the ashes of two other local bands.  They have built a reputation around town for a killer live show, and their debut record, Bloombox, is a quality release, not just in the reggae genre.  The album personifies the upbeat, feel good vibes that dwell within the spirit of reggae music, and, if you ask us, more positive vibrations is exactly what the world needs. So head out early to see for yourself that reggae lives everywhere, not just in Jamaica.

The Original Wailers and Floralorix will perform at City Winery on Sunday Aug. 21. The show is all ages, begins at 8 pm (doors at 6pm), and tickets are available to purchase for $25-$32.