The 2016 season of Live on the Green kicked off last week with a spectacular lineup of Andra Day, Allen Stone, and White Denim, setting the bar high for all of the amazing artists in the shows to come. Keeping the ball rolling, the annual, free, outdoor fest continues TONIGHT, Aug. 18  at Public Square Park with another stellar bill, this week featuring Jenny Lewis, Passenger, and JR JR.

Following the format adopted a couple years back, and expanded last year, Live on the Green will run four consecutive Thursdays and culminate with an epic three-day, two-stage finale, boasting perhaps the most exciting season lineup ever. Per usual, LOTG is free and all ages, and music will run from 6:15 p.m. to 11 p.m. Gates open at 5 p.m., and there will be plenty of food and beer vendors on site to meet your needs. Parking is just $5 at the Public Square Park Garage below the festival site, and various other garages and street parking options are available on the surrounding blocks, as well as across the bridge at LP Field. Finally, if you’re looking to up the ante on your LOTG experience, VIP tickets and backstage passes are typically available for purchase, however they generally sell out in advance. Find out more about this week’s installment below, and find out more about the entire season on Live on the Green’s site.

Rising to prominence as a member of acclaimed bands Rilo Kiley and The Postal Service, former child actor turned musician Jenny Lewis branched out as a solo performer in the late ’00s, churning out collaborations with the likes of The Watson Twins (her acclaimed debut Rabbit Fur Coat) and boyfriend Jonathan Rice (under the moniker Jenny & Johnny) as well as producing two fantastic solo studio albums, 2008’s Acid Tongue, and most recently 2014’s Ryan Adams helmed The Voyager, which has taken Lewis around the world and boosted her presence as an indie pop force to be reckoned with. Versatile, charismatic, and supremely talented, Jenny has a knack for crafting nuanced, eclectic, and harmony laden indie rock with poppier sensibilities, sounding nostalgic, contemporary, and timeless all at once, and infusing the laid back, breezy attitude of her California upbringing with more earnest and personal thematic focus. Lewis is a true musical treasure, and a fantastic performer, and new fan or old, her show is one that should be on your musical bucket list. While this is billed as a solo show, Jenny has seemingly ended her Voyager cycle, and has recently been performing in support of her new supergroup Nice As Fuck, who released their debut back in June. Total guess here, but we wouldn’t be surprised if this turns out to at least partially be a secret NAF performance; show up and find out for yourself!

What started as a band and eventually morphed into the live alias of singer-songwriter Michael David Rosenberg, Passenger is a project you’re likely most familiar with for, if nothing else, breakout single “Let Her Go.” Hailing from Brighton, England, Rosenberg has been using the moniker since 2003, and as a solo vehicle since 2009, earning award nominations and landing chart-topping singles since his first LP, Wide Eyes Blind Love, dropped six years ago. After 2012 fourth effort All the Little Lights, and thanks to extensive touring with longtime friend Ed Sheeran (who made a surprise appearance at a local Passenger show a few years back), the singer quickly broke through to a worldwide audience, and has since released two more well-received albums, Whispers and last year’s Whispers II. With his indie folk and country-tinged sound and hauntingly personal songwriting style, Passenger has developed both a versatility and a universal appeal, and he’s a great addition to this year’s LOTG lineup. 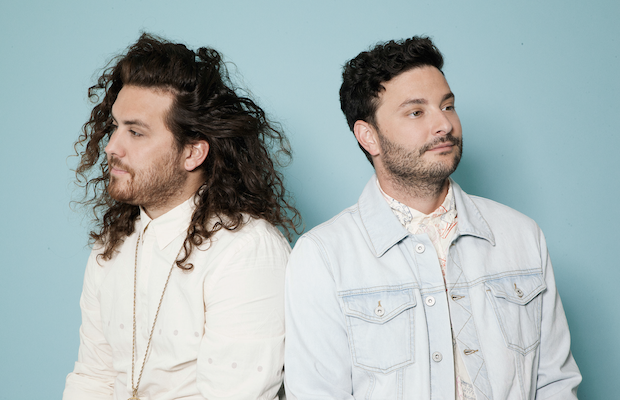 JR JR, formerly known as Dale Earnhardt Jr Jr, will forever hold a special place in our heart, because, without them, this very site might not exist. As the story goes, many moons ago, our fearless founder, Matt Hall, newly returned to the area after years of living on the west coast, went to see the band, who had been pulling spectacular crowds in San Francisco, in Nashville, and what did he discover? Only a handful of attendees. Determined to help Music City’s independent rock scene thrive and up and coming touring bands get their due, Matt founded a blog, this blog, and so, No Country For New Nashville was born. Aside from just the name change, and a handful of Music City shows since, the Detroit indie pop duo have also undergone a bit of a sonic shift since, maturing their sound and finding continued success through a string of releases, most recently last year’s JR JR. Endlessly catchy, dance ready, and a hell of a lot of fun in concert, this band should provide one very compelling reason to make the pilgrimage to Public Square Park early tonight!