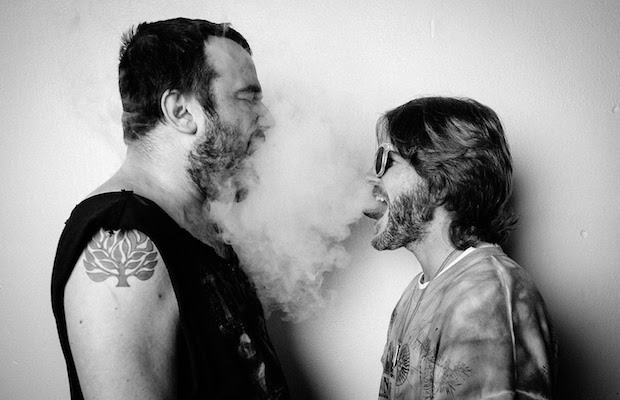 A supergroup made up of Say Anything’s Max Bemis and Saves the Day’s Chris Conley, beloved indie punk act Two Tongues released their one and only album in 2009, delighting fans and cementing something of a cult legacy. Though Bemis and Conley have performed some of the material with their respective projects, and even together when they found themselves on the same bill, the band never properly toured, and has largely been dormant in recent years. However, remarks from both songwriters about a desire to return has kept the Two Tongues spark alive, and, now, the band have finally announced that their long-awaited sophomore LP will drop later this year, supported by their first ever U.S. tour. In addition to performing as Two Tongues, Max and Chris will also take turns playing both Say Anything and Saves the Day material (presumably members of each group will back them throughout as one unit, though that’s unclear), and up and comers Backwards Dancer have been tapped to support. Much to our excitement, the fall run will include the duo’s first ever Nashville show, Nov. 5 at Mercy Lounge, and tickets are slated to go on sale Thursday, July 28 at 12 p.m. CST right here, with a pre-sale underway right here. Watch the tour announcement video below for a taste of new music, and keep an eye out for additional details as both the show and release approach!