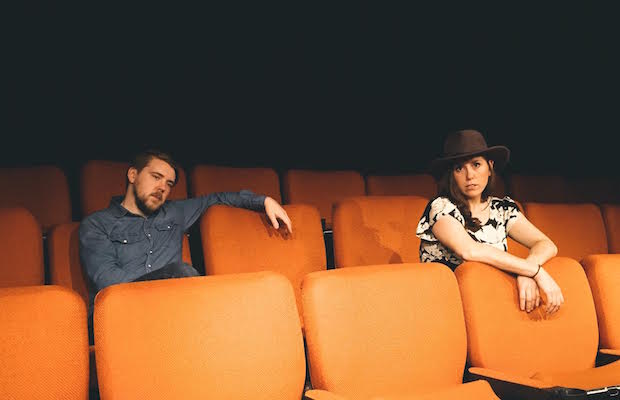 You may remember that we premiered The Electric Hearts‘ new album, Soundtrack, late last year, and it turned our heads with frontwoman Jessica Breanne’s powerful trademark vocals carrying the new look of the band operating as a duo.  You also may remember that the album was recorded late at night and early in the morning at the legendary Belcourt Theater before it closed down for several month of renovations this year.  So, it is fitting with the highly anticipated upcoming grand reopening of the theater this weekend, that we are back with a video from The Electric Hearts for their track “Going Out Tonight,” which was filmed inside the Belcourt prior to renovations.  Check out the creepy, film noir inspired video below, before you head out to support the finest local theater in Nashville this weekend!