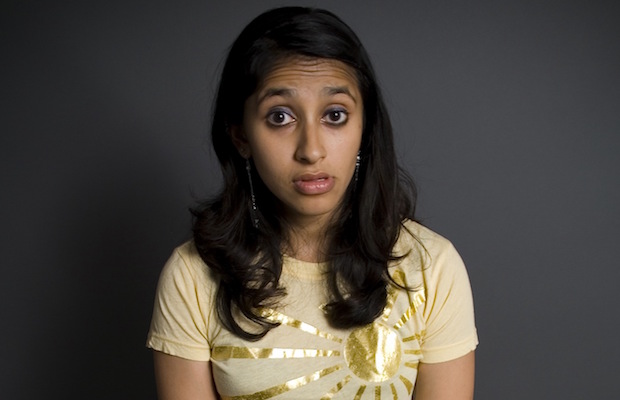 Just last month, rising comedy star Aparna Nancherla was featured at Bonnaroo’s tastemaking Comedy Theatre, billed alongside fellow talents like Judd Apatow, Adam Devine, and Nate Bargatze. While Music City is not always a top spot for comedy tours (a fact that is, thankfully, fast changing), we’re thrilled to see that Nancherla is already back in the area so soon, for performance tonight, July 11 at The Basement East, a spot that is aggressively positioning itself as an alternative venue for standup, complimenting Nashville mainstays like Zanies and TPAC. Aparna is out in support of her debut album, Just Putting It Out There, which just arrived last week via Bentzen Ball Records, Tig Notaro’s new imprint under Secretly Canadian. There’s no denying that standup is seeing a welcome surge in popularity after decades of decline, and, if you want to catch one of the scene’s most promising up and comers, you can grab tickets right here for just $10! Read on for more about the show.