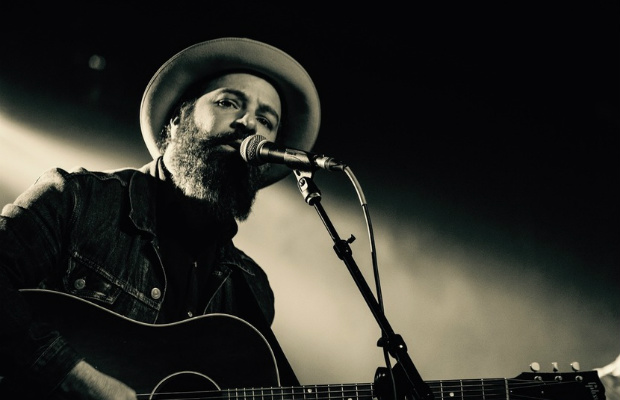 We’ve been keeping our eye on local Americana songwriter Don Gallardo for a while now.  You may remember when we premiered the single “Down In The Valley” last summer, or when we invited him to perform at our Acme Feed & Seed showcase.  Well, the wait is over.  We finally have an official release date for Gallardo’s latest LP, Hickory, which drops on July 22.  You will be able to pre-order the record on July 8 with an instant download of “Diamonds & Gold.”

Based on our advance listen to the new album, he is up to the same tricks, masterfully hopping from alt-country to indie rock to classic rock in his purely Americana tracks that channel influences like Uncle Tupelo, The Band, Grateful Dead, and Wilco.  The album was largely recorded with his band How Far West, but also included contributions from all-stars like Brad Pemberton on drums (Ryan Adams, Patty Griffin, Willie Nelson, Nora Jones, Brendan Benson), Bobby Clarke on mandolin & banjo (Ricky Skaggs, Vince Gill), Micah Hulscher on keys, piano, organ (Wanda Jackson, Alabama Shakes, Caitlin Rose, Steelism), Guthrie Trapp on electric guitar (Alison Krauss, Lyle Lovett, Dolly Parton, George Jones), Randall Bramblett on sax (The Allman Brothers, Bonnie Raitt, Widespread Panic), Mickey Raphael on harmonica (Elton John, U2, Emmy Lou Harris, Neil Young), and Rob Ickes on dobro (David Grisman, Merle Haggard).  Needless to say, the album is packed with star power, and you can dive into that with the track “Banks Of The Mississippi” below.

Gallardo is currently hosting a residency at The 5 Spot Thursdays in June, where you can catch him tonight or June 30 starting at 6pm.  You should also make plans to attend his official Record Release show at The Family Wash on July 21 with supporting sets from Caleb Caudle, Matt Haeck, and Lani Ford.  The release show is free, and things get going around 8 pm.