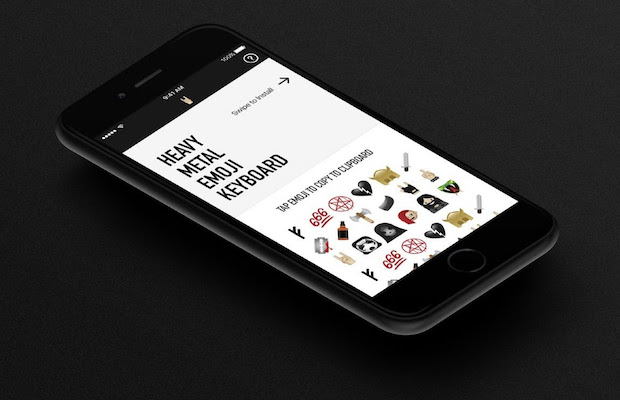 If you’re dialed into the local show scene, particularly the punk/metal/hardcore side of it, then you’re likely familiar with Music City Booking, a longtime fixture in Nashville and regional concert promotion founded over a decade ago by Mark Mosley. Though he operates out of the spotlight, Mosley’s influence on the local musical landscape is immeasurable, and his business acumen commendable, so, when we heard that he was taking on a new venture in the mobile app space, our interest was immediately piqued.

Dubbed the Heavy Metal Emoji Keyboard, and developed  in collaboration with Ryan Clark of Seattle design/illustration studio Invisible Creature (under new app studio moniker Keyluminati), the keyboard, which acts as a supplemental third-party plug-in to your standard phone keyboard (a feature added to iPhones with iOS 8 in 2014) is billed as “the ONLY emoji keyboard designed exclusively for heavy metal music fans.” Boasting over 175 original and unique images and symbols, ranging from weapons, satanic imagery, instruments, rocker dudes, and more, the app offers just about anything a diehard metalhead could ask for. Currently out on iOS, and with an Android version in the works, the app is available now for just $1.99.

So how does it work? We’ve messed around with the app for a week, and, though we find Apple’s third-party keyboard access to be a little clunky in toggling (not the fault of this app, but of iOS), the HMEK is generally a lot of fun, especially if you’re an avid emoji user. Little bit of geek talk: in the strictest technical sense, actual emoji (as in, the default ones on your phone) are Unicode symbols, and are selected, approved, and standardized by a consortium to work across platforms. What this app actually does is generate tiny images from a pre-made library, which copy into your clipboard and must be pasted in (again, likely a technical necessity of Apple’s keyboard implementation solution), and therefore look and work slightly differently than the emoji you might be used to. That said, the goal of this app is to provide you with a ton of dark, awesome, metal-inspired symbols that you’ll never get from the standard emoji library, and to that end, it definitely excels. Lower those devil horns to your screen, and download it now! 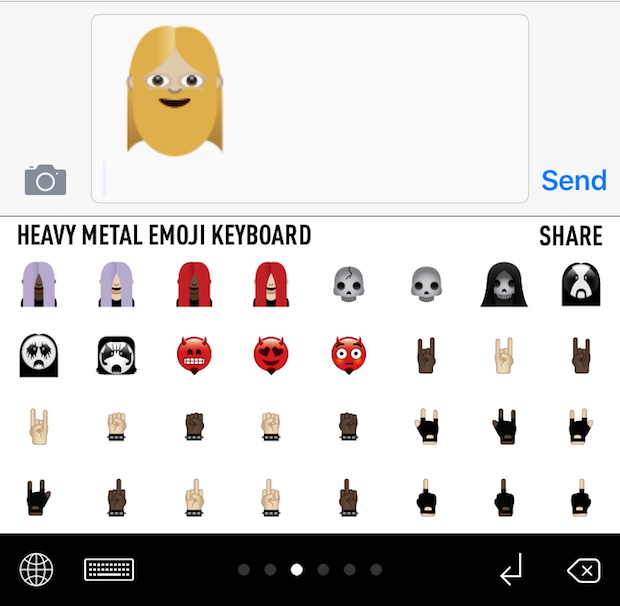