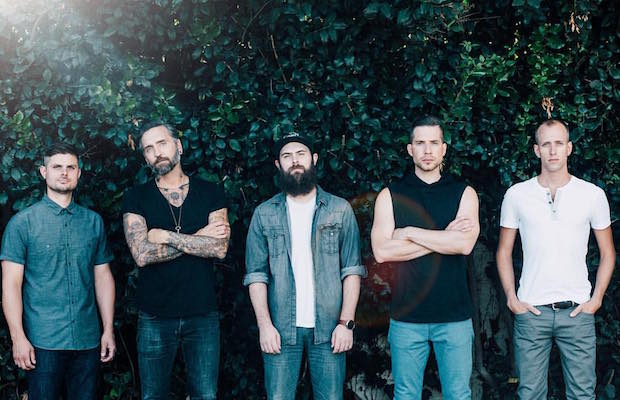 A decade ago, Seattle alt pop/rock group Acceptance seemed poised for superstardom. Heavily aligned with the pop punk and indie scene, and with a cult following surrounding their debut EP, the band’s jump to major label status with their 2005 debut album, Phantoms, which contained nothing but emotionally resonate, hook-laden, radio friendly bangers, felt certain to guarantee mainstream crossover success. Released to critical acclaim within the scene, Phantoms, perhaps, took a bit longer to catch than the group and label might have liked, and, just a year after its release, the band prematurely called it quits. For many years, it felt like the legend of Acceptance would remain a footnote in pop punk history, their fanbase steadily growing posthumously, until, a couple years back, Phantoms found a surprise re-release on vinyl, sparking new interest. Soon after, a full-fledged reunion followed for the 2015 Skate & Surf Festival and a handful of subsequent shows, as did the group’s first new song in a decade. Fast-forward to 2016, and the reunion seems to have stuck, as Acceptance gear up for another short run of club dates.

The band were initially slated to play Nashville this Sunday, June 19 at Mercy Lounge, however, due to a death in the family, they’ve postponed their first few shows. The performance, which also features Carrollhood, and marks Acceptance’s first time in Music City in 13 years, will now take place Aug. 21. All original tickets will be honored (or refunded, if you can’t make the new date), and additional tickets are available here while they last!