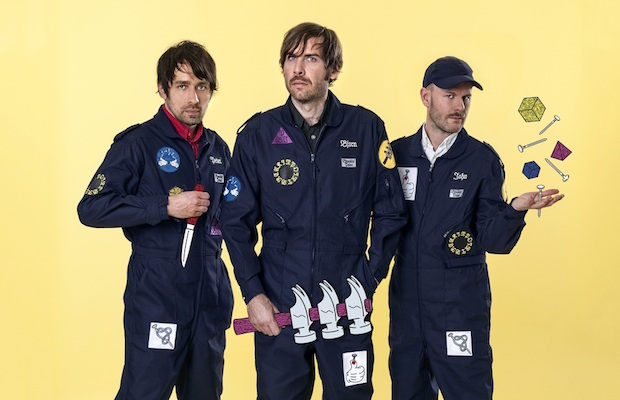 Poppy Swedish indie rock trio Peter Bjorn and John are prepping to release their 7th album, Breakin’ Point, this Friday June 10, and will be stopping into Nashville’s Exit/In at 9 p.m. on June 18 in support.  The new record is a throwback to the unstoppable pop that first brought PB&J into the mainstream spotlight with 2006’s Writer’s Block featuring the undeniable hit, “Young Folks.”  You can still grab tickets to this guaranteed dance party for $16 in advance or $18 at the door, but we are giving one lucky reader the chance to win a pair on us.  Head below to read a bit more about the band, and enter to win.

It’s hard to believe Peter Bjorn and John have been around for almost 20 years now, and it’s even harder to believe that it’s been 10 years since they hit mainstream success with their breakout hit “Young Folks” from their 3rd album, Writer’s Block, in 2006.  Unfortunately, the darker, more experimental follow ups in 2008 and 2009 didn’t catch fire, and, despite collaborations galore and choice touring and festival nods, they didn’t really regain attention until they returned to their melodic pop roots on 2011’s Gimme Some, featuring the hot single “Second Chance.”  Now the band is back, and has been teasing singles from the upcoming release, Breakin’ Point, which are a full on assault of playful whistles over thick synth lines and vibrant beats.  You can have a listen to the title track below to see just how much of a return to form this is for the creators of one of the catchiest songs of the 2000’s, and to remind yourself that this is a rare chance to see them live.

Winner will be announced Tuesday, June 14, and will receive one pair of tickets. Good luck!