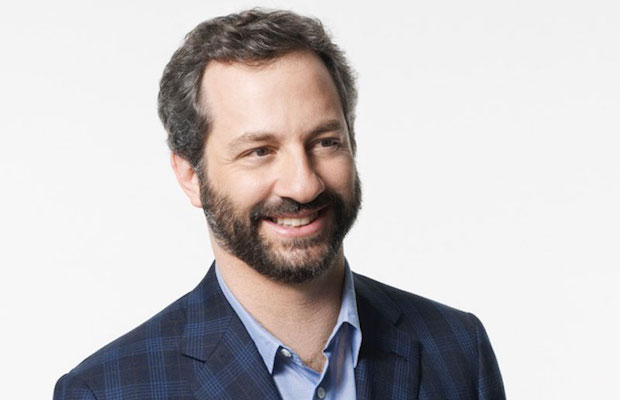 So intertwined with modern comedy, Judd Apatow has become more than just a person; he’s his own brand. The entertainment juggernaut has found success as a writer, producer, film and television director, creator, and actor, all stemmed from, and circling back to, a love for standup comedy. Born in New York City, Apatow became obsessed with standup as a teen, during the comedy boom of the ’80s, hosting a radio show at his school where be would cold call and interview many big names of the time. He began performing standup at 17, and soon moved to Los Angeles to attend USC for screenwriting, before subsequently dropping out and landing a series of writing gigs that would help him break into the entertainment world. After co-creating, producing, and writing for the short-lived Ben Stiller Show in the early ’90s, a long run as a producer, writer, and director for The Larry Sanders Show would prove to be Judd’s biggest break, opening doors for more projects and providing creative leverage. By the turn of the new millennium, which marked Adaptow’s work on short-lived but critically beloved show Freaks and Geeks (a launchpad for many big names, and long-term Apatow collaborators), he was firmly established, and went on to write, direct, produce, or otherwise be involved in some instrumental capacity in films like Anchorman, Superbad, Walk Hard, Forgetting Sarah Marshall, Pineapple Express, Bridesmaids, TV show Girls, and countless others. As a TV creator, he’s responsible for the aforementioned Ben Stiller Show, Undeclared, Funny or Die Presents, and Love, and as a film director he’s helmed The 40-Year-Old-Virgin, Knocked Up, Funny People, This Is 40, and Trainwreck. Frequently collaborating with comedic talents Seth Rogan, Adam Sandler, Paul Rudd, Jonah Hill, Will Ferrel, Kristin Wiig, Adam McKay, Steve Carell, Jason Segel, wife Leslie Mann, and more, Apatow’s work has become synonymous with raunchy yet heartfelt stories with long-lasting pop culture relevance.

Last summer, and, apparently, encouraged by Amy Schumer, Judd appeared on The Tonight Show to perform standup for the first time in more than 20 years. He’s kept it up with intermittent appearances since, and it appears that that’s what he’ll be doing in his two performances at Bonnaroo’s Comedy Theatre. Additionally, he’ll be stopping by the Cinema Tent to show some rare clips and host a Q&A.