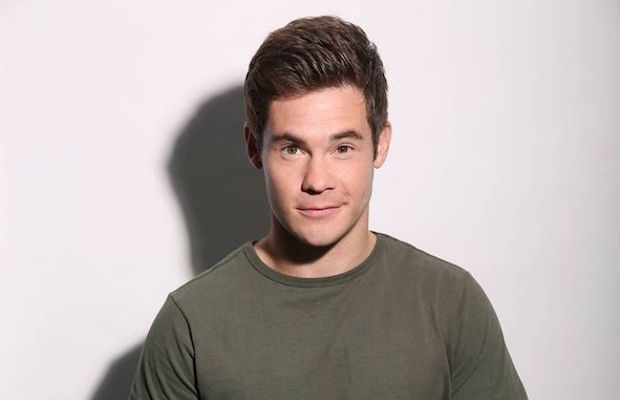 Born and raised in the midwest, comedian and actor Adam DeVine relocated to Los Angeles after high school, where he wet his feet in a series of early film and television roles, and honed his comedic chops performing standup. After forming the sketch-comedy group Mail Order Comedy with friends Blake Anderson, Anders Holm, and Kyle Newacheck, DeVine and his friends’ presence began to rise in the comedy world and, chiefly, online, eventually grabbing the attention of Comedy Central who  green light their self-created, self-produced series Workaholics, which is now a major hit. The show’s success led DeVine to a second Comedy Central series, Adam DeVine’s House Party, which he’s used as a way to showcase friends from the standup world, as well as a recurring role on Modern Family, a memorable turn in the Pitch Perfect films, and countless other appearances in television series, podcasts, talkshows, and films (his next starring spot is alongside Zac Efron, in the upcoming Mike and Dave Need Wedding Dates). Versatile, likable, and in demand, Adam DeVine has become one of the comedy world’s biggest breakout starts in recent years, crossing over into the mainstream with his acting work, but staying loyal to his roots with continued work in standup. He’s perhaps the most visible comedian on this year’s Bonnaroo bill, so, if you hope to see him, plan to arrive very early to grab a spot in line.