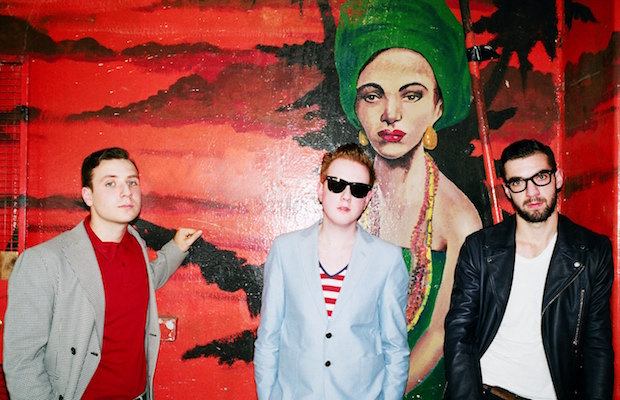 It’s been four years since the release of Two Door Cinema Club‘s sophomore LP, Beacon, which dropped the same year they also made their Bonnaroo debut. In the time since, the Irish group’s presence has only continued to rise, and, while a 2013 EP helped satiate fans’ demands for new music, their third LP feels long overdue. It’s set to finally arrive this year, however, which means a festival appearance like Bonanroo would be the perfect platform to test out some new tunes!

Formed nearly a decade ago in Northern Ireland, frontman Alex Trimble and guitarist Sam Halliday first become friends in high school, meeting bassist Kevin Baird soon after, and performing in various musical projects as young as 16, eventually giving way to Two Door Cinema Club. After some early buzz surrounding their self-released initial tracks online, the band recorded their debut album, Tourist History, in London, and quickly found critical praise and commercial success, propelled by singles like “What You Know” and “I Can Talk.” Bowing on late night talk shows and climbing the ranks on the festival circuit, the band followed up with a Jacknife Lee-helmed sophomore effort, Beacon, in 2012, and, with their dance-primed, pop-tinged flavor of indie rock, have quickly become a household name. Things have, perhaps, cooled a bit over the last few years, but, with new music on the way, we have no doubt that 2016 is going to be a huge comeback year for the acclaimed rockers, and their return to Bonnaroo signals only the beginning. Don’t miss out!

WATCH | “What You Know” (Official Video)