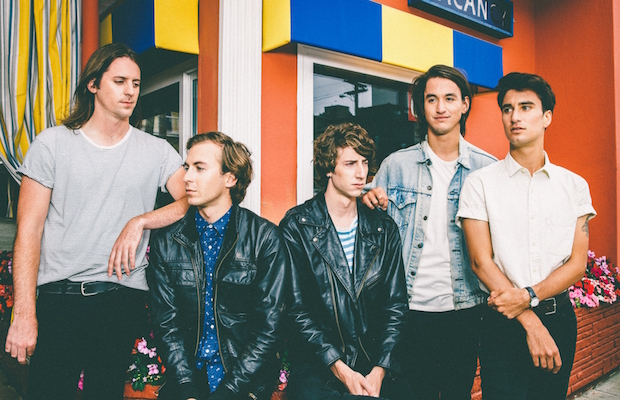 Creating delicious alt/indie pop with a Bay Area flavor, California five-piece Finish Ticket have been steadily making headway since their inception in 2008. After two DIY releases, their latest endeavors, including their 2015 EP When Night Becomes Day, were released under major label Elektra Records. They’ve also toured extensively all over the US and Europe in support for big name acts like Ed Sheeran, Twenty One Pilots, Fitz and The Tantrums, and The Black Keys. Now they’re poised to make their Roo debut, and bigger headlining tours seem destined to follow.

How far they’ve come is all the more impressive, considering FT began when its founding members were still in high school. Twin brothers Brendan and Michael Hoye started the group along with a mutual friend, Alex DiDonato. By 2012 ,brothers Gabe and Nick Stein had joined the band, and the nucleus was formed. Although they took a short break while all the members pursued a higher education, they reformed after just a year apart, and they’ve never looked back since. Their two self-released EPs (Life Under Water and Shake a Symphony ) were followed by a self-released full-length in 2013 called Tears You Apart. The record was picked up by Elektra, and re-released in 2014. Based on all this momentum, we have a feeling that things are just heating up for this promising young band, so catch them at the club stage level now, because there are only bigger stages in their future.

Bonnaroo Comedian of the Day: The Goddamn Comedy Jam