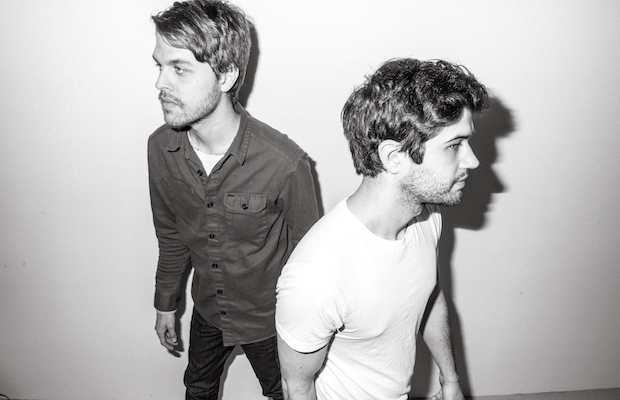 Synth-pop band White Violet first came on our radar with the release of their stellar second album Stay Lost in 2014. Athens-based bandmates Nate Nelson and Brad Morgan recently made the move to Nashville, and are using this new start to try something new creatively. The band will release five volumes of songs to their fans to allow listeners to feel like they are a part of their ongoing music-making process. We’re excited to give No Country listeners an exclusive stream of AGES Vol. 1, the first installment in the series that will eventually culminate into a full LP, which features songs “Time” and “Both of Our Views.”

“We wanted to make a record that allowed us to engage our fans in a different way,” Nate Nelson shares. “We want this release to be a longer conversation, not just a talking point on something we’ve already made. By writing and recording everything as it’s being released, we hope the process will feel ​more ​ interactive for our fans. It’s pretty exciting that they could play a big role in the path the record takes and where it ends.”

If you can’t get enough of their killer sound, make sure you make your way to their May 28 show at The East Room to celebrate the release of their new music. Until then, click below and prepare to put AGES Vol. 1 on heavy rotation.