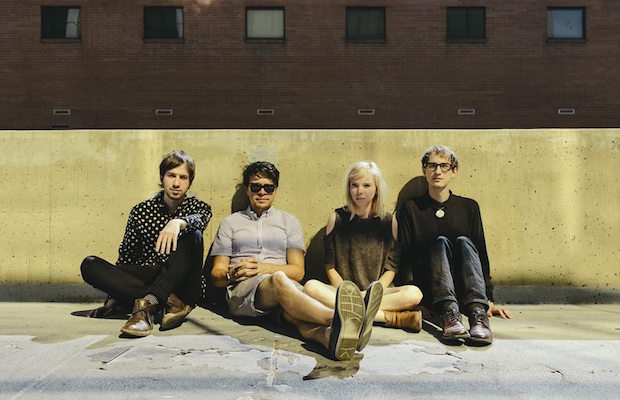 Watermain Creative is hosting a dreamy post-rock lineup for your listening pleasure tonight, May 24 at Queen Ave. For just $5, you can see Colorado’s Sound of Ceres (featuring members of indie heroes The Drums) along with locals Mountains Like Wax, Rales and Still Sightes. Bordering on shoegaze and alternative rock, each of these bands have a spacey vibe to their music and cover a wide range of subject material in their lyrics. You probably won’t be able to catch these bands all together again, so you definitely don’t want to miss this stellar lineup. Read below to learn more about the performers and preview their sound. Doors are at 8 p.m. and the show starts at 9, so be sure to get there early.

Colorado’s Sound of Ceres, who just wrapped a tour with label mates Surfer Blood, make delectable dream pop, garnering critical acclaim with the recent release of their latest album Nostalgia for Infinity. The group began with duo Karen and Ryan Hover, who called in support from members of The Drums and other musicians to round out their lineup. The band’s ethereal shoegaze bounces off topics of space, time, nature and larger existential questions, and we can’t wait to see it all translated live this evening!

Still fresh on the Nashville scene, Mountains Like Wax are creating a genre-spanning sound through fluid, southern post-rock. The four-piece released their debut EP, Tetralogy, in the fall and have since toured extensively along with an impressive calendar of local shows. Their music is spiritual but still riveting, definitely a fresh sound for the local scene. Hear a song from Tetralogy below.

These self-proclaimed “undefined” rockers don’t let any categories or genre boundaries hold them back. Rales are sometimes angsty, a bit southern-tinged and most importantly loud. They are currently working on a followup album to their This EP released in 2013. This month, they released “Write Off” as a single, which you can preview below.

Nashville locals Still Sighties are rising from the underground and honing in on a shoegaze-y post-rock sound. We brought you their latest single “Ours, The World Was” back in October from their EP Hiraeth. Their music visceral and refreshing, a perfect opener for the night considering how well they blend with the rest of the lineup.