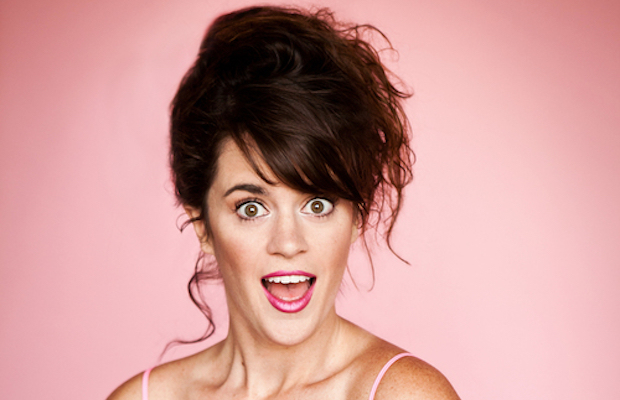 Mary Holland, along with Jon Gabrus, who we already told you all about in an earlier preview, will appear at Bonnaroo as a guest on Matt Besser’s improv4humans, the UCB-rooted, Earwolf-hosted, totally improvised podcast which we featured yesterday in our Bonnaroo comedy coverage. This is definitely good news, as Holland is no stranger to the show, and also has long-running ties with UCB, the improv group turned theater turned comedy hotbed that Besser helped co-found. Born in Virginia, Mary moved to Chicago to study acting in college, where she also began to study at famed improv club the iO. After relocating to Los Angeles, Holland became active at the UCB, where she’s taken part in a variety of performances, still regularly appearing live and even teaching classes. However, her acting career has also been flouring, and if you know Mary Holland, it’s likely for her appearances on shows like Silicon Valley, Parks and Recreation, Comedy Bang! Bang!, It’s Always Sunny in Philadelphia, various commercials and shorts, web videos (including several for Funny or Die), or from upcoming film Mike and Dave Need Wedding Dates. A skilled and accomplished improviser, Mary Holland is another great reason to added improv4humans’ Bonnaroo performance to your must-see list!