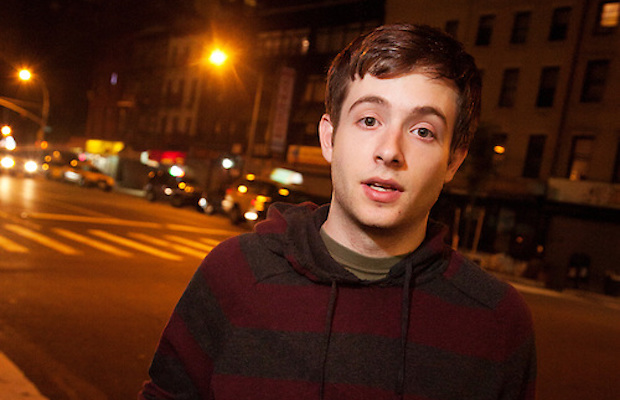 If you don’t yet know rising comedy star Josh Rabinowitz by name, there’s still a good chance you’ll recognize his face from one of the many projects he’s been involved with in recent years. As an actor, Josh got an early brush with fame in Apple’s short-lived “Genius” commercials, as well as on MTV’s I Just Want My Pants Back. More recently, Rabinowitz has appeared on Adam Devine’s House Party, and serves as a writer, producer, and cast member for TruTV’s Friends of the People. As writer, he’s worked with The Lucas Bros’ Super Early Morning Show, and currently writes for beloved Comedy Central series Broad City. A versatile talent, Josh also wrote and directed a short film called Hasta La Vista, and is set to co-create and star in an upcoming sitcom for NBC. On the standup side, the young New York-based comic’s sharp wit, hilarious observational style, and self-deprecating humor make him a formable performer as well, as he’s appeared at the Just For Laughs Festival, and supported some big names like John Mulaney, Bo Burnham, Rhys Darby, and Mike Birbiglia. And those are just the highlights. A definite name you should know if you like to laugh, Josh Rabinowitz seems destined to join the elite comedy ranks of writer/producer/director/actor/standup that few can navigate so seamlessly and effectively. Don’t miss your chance to see him on the farm!