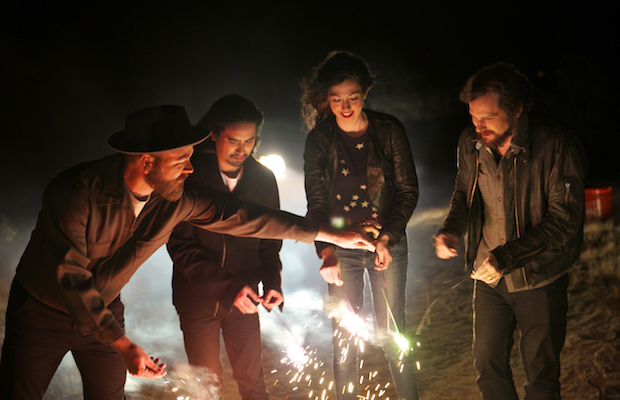 LA dreamy, indie alt popsters Siversun Pickups and British indie rockers Foals, both celebrating new albums released last year, are teaming up for a spring tour which brings them to Nashville tonight, May 18 for a performance at The Ryman Auditorium with up and comers Joywave. This is Silversun’s first Music City show in a few years, and Foals’ first ever, making this a can’t-miss pairing of some refreshing, eclectic indie tunes from a trio acts all known for their incredible live shows. Tickets are still available right here, so grab yours now and read on for details below!

Formed a decade ago in Oxford, England, Foals have become one of the preeminent live indie acts in the UK, crafting songs not quite like any other artist, and adapting them with an intensity, rawness, and unwavering energy in concert that has to be witnessed firsthand to fully appreciate. After performing and becoming acquainted through various other projects, the quintet’s founding members, all of whom are still in the band, came together in 2005, releasing their first batch of tracks in 2007, and gaining critical buzz and television placements before the release of their debut, Antidotes. Quickly finding fame in their native UK and abroad, Foals have gone on to tour with a whole host of prominent bands, including friends of the site Cage the Elephant, and have become regulars on the festival circuit, as well as tv and radio fixtures. Combining elements of prog, art rock, dance music, math rock, alternative, and more, their eclectic sound is at once primal and progressive, yet pop accessible and harboring mass appeal. Frontman Yannis Philippakis has a knack for blending personal with layered and high-concept lyricism, and he and his bandmates have only improved over the last ten years and four LPs. Their latest, last year’s What Went Down, is a soaring, sonic gut punch, and adds even more fantastic material to Foals’ live repertoire. Surprisingly, this seems to be the group’s first proper Nashville performance, so be sure to turn up and see what they can do!