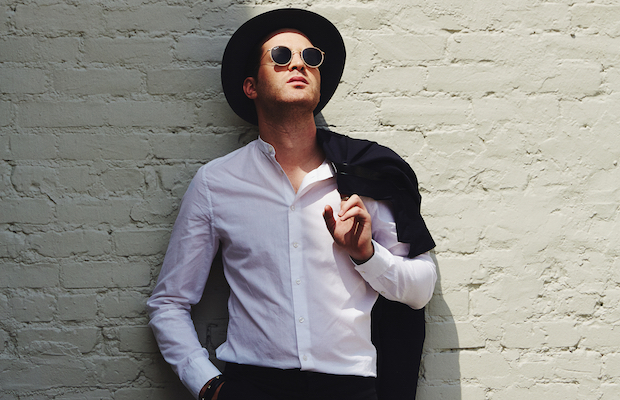 Multi-instrumentalist Mayer Hawthorne is headed to Marathon Music Works tonight, May 18 for a show that features all the best elements of 1960s Motown, 1970s soul, and modern day R&B. In support of his brand new LP Man About Town, the LA-based producer and songwriter is sure to set the room of fire with his silky smooth love songs and energetic, retro-inspired dance tracks. This time around, he’s also bringing along Drake-approved singer-songwriter Gabriel Garzon-Montano and local funk goddess Alanna Royale for a night of music you won’t soon forget. Tickets are still available here for $20, so grab yours now and click below to read more about the show!

Andrew Mayer Cohen, better known as Mayer Hawthorne, grew up with a love of music of all types, thanks in part to being the son of DJ and producer Andrew Cohen. During his younger years in Michigan, he spent time in various local rap groups before deciding to record some soul music as a joke for friends and family. After the material was praised the head of Stones Throw Records label head Peanut Butter Wolf, he began to dive into the genre and take it more seriously. In 2005, he moved to Los Angeles to pursue his music full-time.

Singer, songwriter, and multi-instrumentalist Gabriel Garzon-Montano got his start at a young age.  He mastered the violin, guitar, and drums as a child, and then learned how to play piano and bass to complete the musical visions in his head.  He dropped his breathtaking debut EP, Bishouné: Alma del Huila in 2014, which featured a direct live to tape recording.  This old school philosophy is what grounds and separates Garzon-Montano from the bedroom pop acts that are so prevalent today, and his compositions are true marvels.  This excellence was noticed by mega-star Drake, who sampled Gabriel’s track “68” on the track “Jungle” for his 2015 mixtape If You’re Reading This It’s Too Late, and well deserved respect was finally earned.  Have a listen to the more upbeat single “Keep On Running” below to see why he is definitely worth getting to the show early for.

Mayer Hawthorne, Gabriel Garzon-Montano, and Alanna Royale will perform tonight, May 18 at Marathon Music Works. The show is 18+, begins at 8 p.m. (doors at 7 p.m.), and tickets are available for $22.