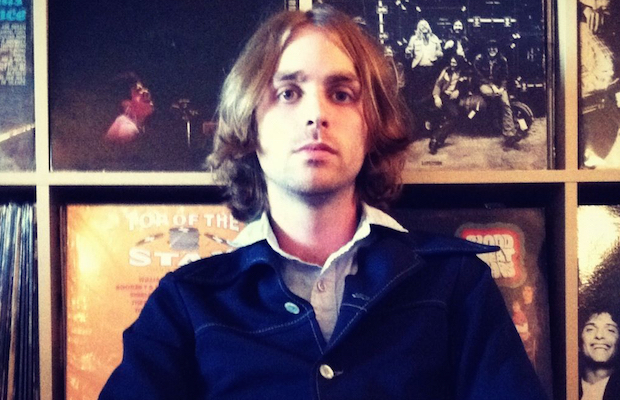 You may have seen talented multi-instrumentalist Sadler Vaden performing alongside Jason Isbell or the members of Drivin’ N Cryin’, but he’s much more than a touring guitarist. Over the years, he’s helped write and produce some stellar tracks for both himself and fellow musicians here in Nashville. If you haven’t been able to experience his incredible guitar skills live in concert, now’s your chance! He’s holding a special record release party for his new self-titled album at The Basement East on May 25. The show features support from friend and fellow local talent Reno Bo and singer-songwriter Harrison Whitford. Tickets are still available for only $7, but we’re also giving away a pair of tickets to one lucky reader. Read on for details and enter for your chance to win below.

For Sadler Vaden, success came by changing his approach to his music career at an early age. He walked away from his first band Leslie in 2011 after years of hustling to make things happen with the goal of finding a new passion. Instead of being the musical mastermind, he landed a gig playing guitar for Drivin’ N Cryin’ and ended up co-producing the band’s next few albums. During this time, Jason Isbell parted ways from the Drive-By Truckers in search of a solo career, and eventually approached Vaden to join his band The 400 Unit in 2014. The gig has kept him pretty busy, as Jason Isbell has become the reigning king of Americana, but Vaden still manages to work on his own solo music during downtime. In 2011, he dropped his solo EP Radio Road, and will celebrate the release of his long awaited self-titled solo album on May 25. His new tracks are sure to be filled with plenty of soulful guitar and well-crafted lyrics, so make sure you experience it in all its glory from the stage at the Basement East.

New York native Reno Bo is a songwriter, musician, producer and current Nashville resident who first stepped into the spotlight when he began playing bass for Albert Hammond Jr. and The Mooney Suzuki. He also was a member of the 1980’s inspired band The Fame, which earned a big cult following thanks to their unique throwback sound. After releasing his debut solo album Happenings And Other Things in 2009, he decided to refocus his sound. After moving to Nashville, he began collaborating with local musicians like Sadler Vaden and Brendan Benson, who would eventually become involved in his 2015 album Lessons From a Shooting Star. The result was a record full of electricity and vintage flair that appealed to both modern rock fans and those itching for something inspired by the greats. He’s sure to put on a killer set, so don’t miss out on the chance to see him live.

Winner will be announced Thursday, May 19, and will receive one pair of tickets. Good luck!

Sadler Vaden, Reno Bo and Harrison Whitford will perform Wednesday, May 25 at The Basement East. The show is 21+, begins at 9 p.m. (doors at 8:30 p.m.), and tickets are available to purchase for $7.