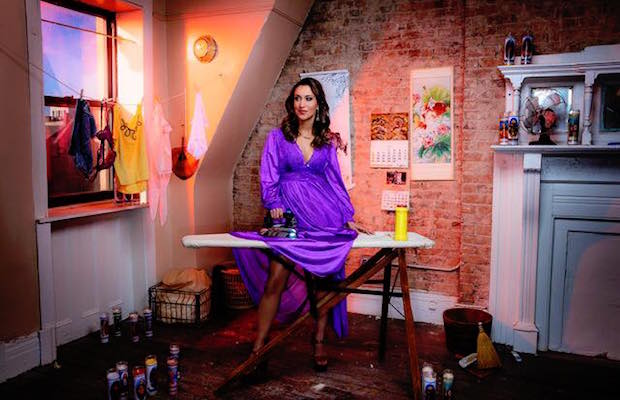 Actress and standup comedian Rachel Feinstein has already amassed an impressive list of accomplishments in recent years, kickstarted by her appearance as a finalist on seven 7 of Last Comic Standing in 2010. Known for her character-driven, story-based, personal impression-filled style of standup, Feinstein has, so far, released three Comedy Central specials, the most recent, Only Whores Wear Purple, presented by Amy Schumer. Raised in DC and now based in New York, Rachel’s talents extend far beyond just live comedy, however; as an actress, she’s appeared in TV shows Red Oaks, Inside Amy Schumer, and upcoming HBO series Crashing, along with films Trainwreck and Her Cosmopolitan, among others. Additionally, Feinstein has lent her voice to properties like Venture Bros. and Grand Theft Audio, and has appeared on The View, The Nightly Show, Last Week Tonight, The Late Late Show, and many more. Needless to say, whether or not you know her name, you’ve very likely seen Rachel Feinstein in action, and you can catch her doing standup this summer at Bonnaroo!