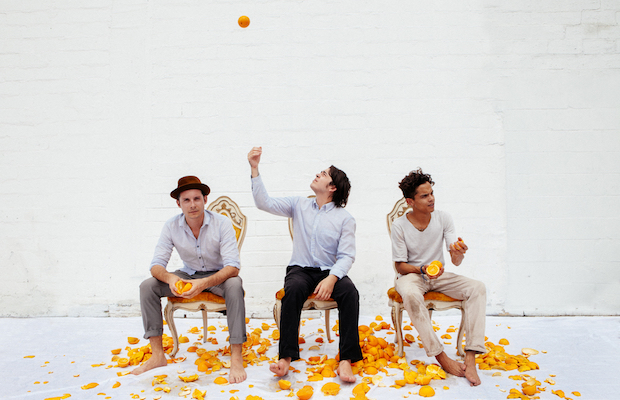 St. Petersburg, Florida based electro indie rockers Polyenso first found acclaim with their debut 2013 debut album, One Big Particular Loop, which introduced the world to their unique dreamy layered electronic indie rock.  In the two years since their initial offering, the trio consisting of Alex Schultz, Brennan Taulbee, and Denny Agosto have slaved away in their home studio to create their sophomore album, Pure In The Plastic, which dropped in April of 2016.  They implemented an unrestrained vision in expanding their sound combining standard instrumentation like synthesizers, piano, and guitar with noises created using everyday objects like spatulas, wooden bowls, and packing peanuts, and the result is a moodier, more polished product that will immediately appeal to fans of Radiohead, particularly Thom Yorke’s solo efforts.

Riding the initial acclaim of their latest release, Polyenso find themselves on summer festival bills, including Shaky Knees and Bonnaroo, along with a nationwide tour in support of PVRIS.  The hype should continue to build for the talented trio, and they should warrant some consideration on your Roo schedule this summer if you are looking for a beautiful mid evening chill under the stars.