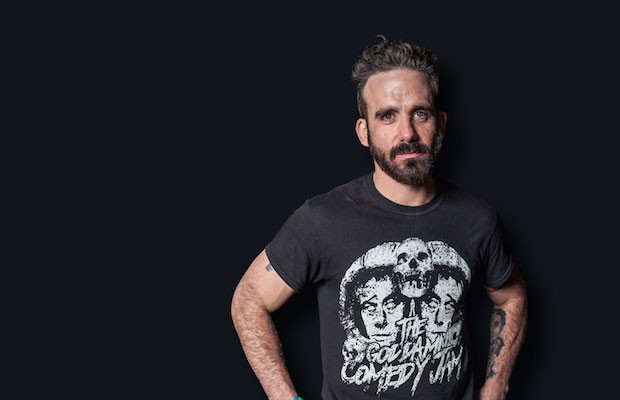 Born in Baltimore but based in Los Angeles for the better part of the last decade, standup comedian Josh Adam Meyers (not to be confused with former MADtv cast member Josh Meyers, brother to Seth) is bringing his wildly popular underground Goddamn Comedy Jam series to Bonnaroo this summer! Known for appearances on Workaholics and on Spike TV, and honored as a “New Face” at Just For Laughs Montreal in 2013, Meyers is quickly become a favorite of the comedy festival circuit, but it’s his Goddamn Comedy Jam (hosted monthly at the Lyric Theatre in LA), which showcases comedians doing standup then hopping in front of a live band to perform their favorite cover song, which has earned him an upcoming special on Comedy Central. Josh’s style is personal, observational, and sharp, but clearly it’s his creativity that has really ignited his career lately; needless to say, of the many comedy offerings this year, this one is guaranteed to give you sample of some great talent with an unusual twist!