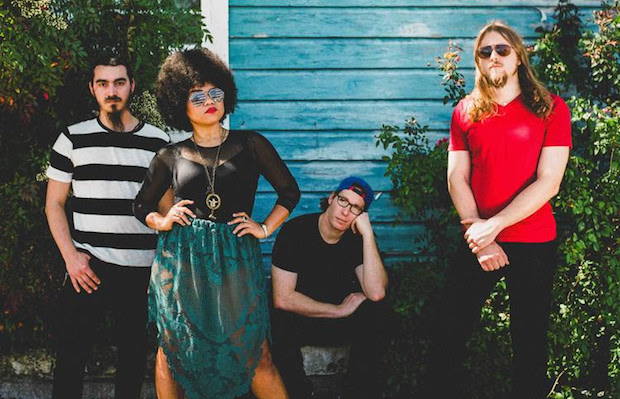 Fast rising Louisiana based rockers Seratones are cruising through Nashville’s The Basement on May 13 in support of their debut album, Get Gone, which drops on May 6 via Fat Possum Records.  They will be joined by new local band Tennessee Muscle Candy for what could be one of those “I saw them play at this tiny little club…” memories in your life.  Tickets are available for a mere $6, but we have an extra pair for one lucky reader below.

Hailing from the musically diverse scene in Shreveport, Louisiana, Seratones blend of garage rock attitude and gospel trained vocals have been a hot item in 2016.  They received heaps of praise during a SXSW run, following hopping on cross country tours with St. Paul & The Broken Bones, Houndmouth, and The Dandy Warhols, and now they are prepping to drop their debut record, Get Gone, on taste maker label Fat Possum Records on May 6.  In the vein of Alabama Shakes, Seratones are fronted by powerhouse frontwoman, A.J. Haynes, who met up with the rest of the band in the Shreveport punk scene, and that DIY upbringing certainly shows in their high powered, no holds barred live show.  Have a listen to the first single “Chandelier” below to get a taste of these fast rising rockers.

Winner will be announced Wednesday, May 11, and will receive one pair of tickets. Good luck!