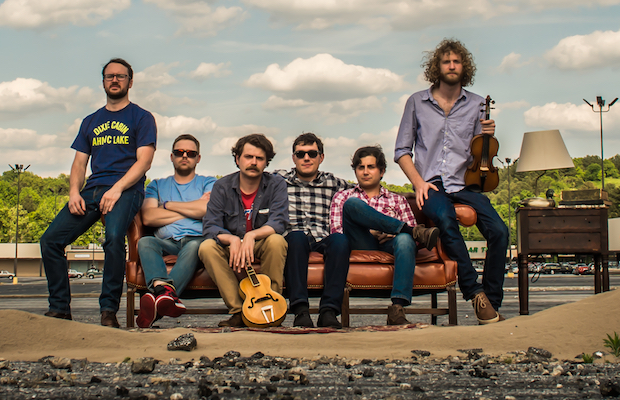 The Quaildogs are a folk rock/americana band from Atlanta, whose roots date back to when guitarist Michael Barnhart and bassist Lee Berg were teenagers. The two played together a lot, performing at high school dances, house shows, and anywhere else they could, sparking a love for music and the industry. So they went on to their college and post-college lives, but kept the dream alive. They met current Quaildogs’ frontman Robert Josephs in 2011 and band was officially formed soon after. Hard times hung around the group and its members as they all struggled to maintain their musical ambitions with the realities of needing a paycheck. But, through years of perserverance to maintain a stable band lineup, it looks as if it is all about to pay off.

The group released their debut LP The Getting Old Factory in September of last year, a throwback to the 90’s alt-country sounds of Wilco, Son Volt, and Uncle Tupelo, and embodies a roots rock sound that has the millennial generation’s name written all over it. Fast driving singles like “Dance Like JFK” are sure to keep the crowd moving, while slow burners like “Texas” will give you a chance to catch your breath and appreciate. Head below to get familiar, and be sure to catch this group for their first Bonnaroo performance this summer.