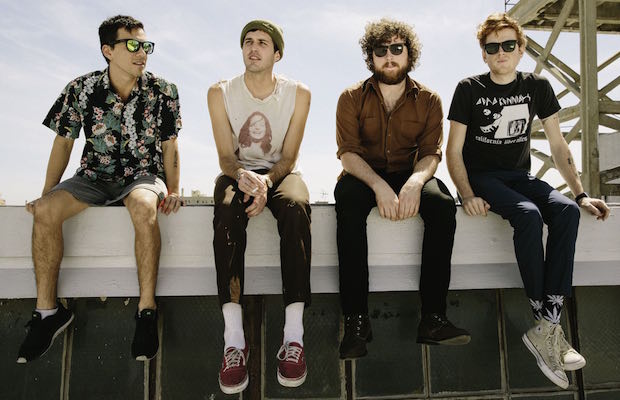 Co-opting elements of skate culture and skate punk (their name, even, is an acronym for “Fuck It Dog, Life’s A Risk,” the mantra of Cooper’s former skater roommates), and blending them with garage rock and straightforward punk, FIDLAR’s no fucks given attitude, unpredictability, and carefree thematic focus has made them one of the most fun, authentic, and enduring acts to erupt from the indie scene in recent memory. We’ve had the chance to see them on several occasions, both at festivals and in smaller venue spaces, and can attest to the fact that their live show is just as wild and fun as their records. The band’s latest LP, last year’s Too, ranks among our favorite recent releases, so give it a spin now if you haven’t yet discovered FIDLAR, and add them to your “must-see” list for a necessary dose of punk this year at Bonnaroo.