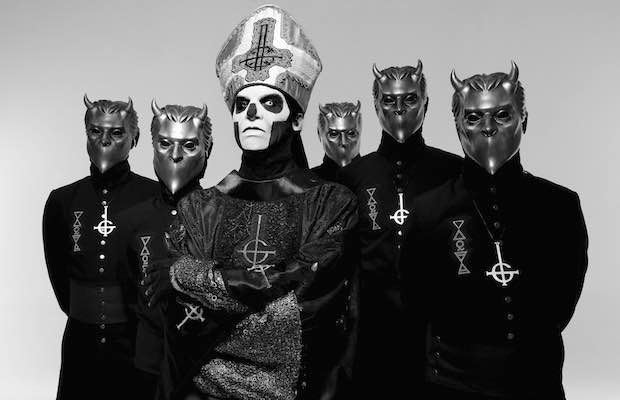 Enigmatic Swedish metal group Ghost are enjoying their best year yet, riding high on the success of their third album, last year’s Meliora, which garnered a Grammy win, high chart performance, and critical praise. Hitting the road in support of their latest effort, Ghost will pass through Nashville, where they recorded their 2013 sophomore effort Infestissumam, tonight, May 3 at Marathon Music Works along with London’s Purson. The latest in an unusually great streak of metal shows so far this year, we don’t have to tell you heavy music fans how memorable this one is sure to be. Tickets are still available right here, so grab yours now and read on for more!

Fronted by Rosalie Cunningham, formerly of goth/psychedelic outfit Ipso Facto, English proggy, psych rock outfit Purson might, at first, seem like an odd choice to open this show, but, when you really dive into their sound, you’ll find that they definitely share Ghost’s affinity for unadulterated, guitar-driven, classic rock. Earnest and retro, the band’s sound is at once classic and timeless, and, with the recent release their sophomore LP, Desire’s Magic Theatre, the group seem poised to become a major player in the push to distill rock back to its essence. If your attraction to Ghost stems from the dark, heavier side of things, Purson might throw you, but we strongly encourage you to give them a fair shake!