Bonnaroo Band of the Day: Ibeyi 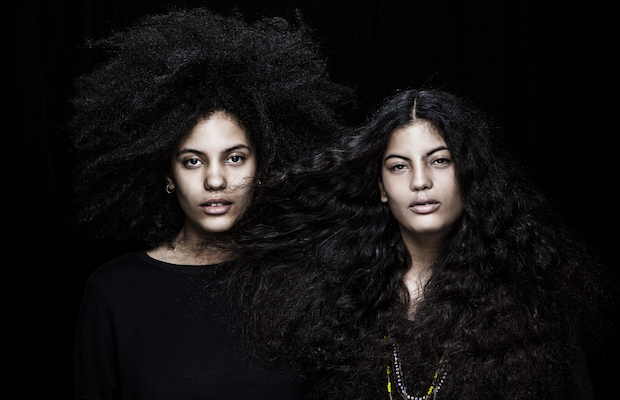 Ibeyi consist of French Cuban twin sisters, Naomi Diaz and Lisa-Kaindé Diaz. The siblings have strong roots in both Paris, where they reside, and in Cuba, and it most certainly shows in their style and music. Their father is the late Anga Diaz who found fame playing percussion with Irakere and the Afro-Cuban sensation Buena Vista Social Club. Anga and his comrades honed in on cross-cultural style that mixed Cuban instrumentation with a Nigerian language known as Yoruba, brought to Cuba when slavery came this way in the late eighteenth century. The fusing of this language with Cuba created more than just a language, but a cultural identity.

Now, the Diaz twins are carrying on their farther’s tradition with their debut self-titled album as Ibeyi, Yoruba for “twins,” singing both in both English and Yoruba. Naomi plays percussion on the Cajon and the Batas while Lisa plays the piano and sings. Together this create a sharp, minimalist style that grabs the listener from the very first beat, combining traditional sounds with more contemporary elements of hip hop and electronic music. They sound like Coco Rosie with a King Krule attitude, their songs layered with lush and exuberant textures that highlight how they have managed to blend their heritage with a modern feel. Bonnaroo is in for a treat with this rising young act; be sure to catch their debut this summer on the farm!