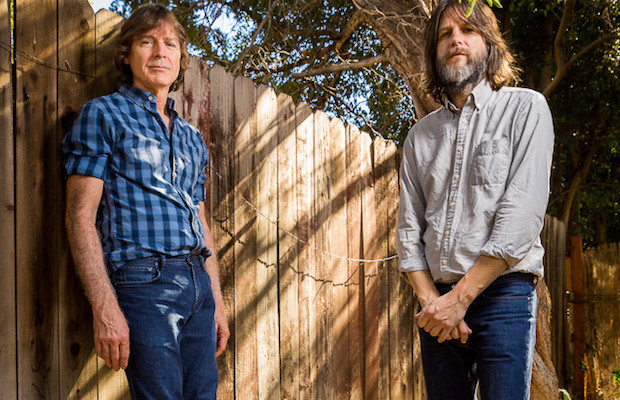 Those Pretty Wrongs is the new project from two long time veterans with roots in Big Star and The Freewheelers, and Pat Sansone is best known for his work in Wilco.  They will be performing tonight at The Basement for what should be one of the most interesting shows in town.  Things get started around 7 p.m., and you can grab your $10 advance tickets here or pony up $12 at the door.  Head below to find out more about the acts.

If you have watched the documentary Big Star: Nothing Can Hurt Me, then you will recognize Jody Stephens as the drummer and lone surviving original member of the highly acclaimed yet severely under-appreciated, Memphis based, power pop band Big Star.  During the making of the documentary on Big Star, Stephens enlisted veteran musician and leader of the roots rockers The Freewheelers, Luther Russell, to join him for some promotional performances.  A bond was created between the pair, and Those Pretty Wrongs was formed.  They began writing and recording at Stephens’ Ardent studio in Memphis, and struck up a partnership with taste maker label Burger Records to drop a 7″ with their first single “Lucky Boy,” ahead of a self-titled debut EP, which is due out on May 13.  The record is reportedly a emotional trip through the life of Stephens, which makes perfect sense in the Super 8 shot video for “Never Goodbye” below.

Nashville based multi-instrumentalist Pat Sansone may be best known for his work in Wilco, whom he joined in 2004 ahead of the A Ghost Is Born tour.  He’s continued to be an integral part of Wilco, touring the world, and contributing to the writing and recording of their more recent works.  While Wilco would comprise Sansone’s day job, he also keeps himself busy with his side project, The Autumn Defense, along with production work and contributing to albums from artists like Ryan Adams, Dawes, Andrew Bird, and countless others.  His solo set tonight is a rare event, and you should definitely make a point to get to The Basement early to check it out.  Have a listen to “Black Moon” from Wilco’s The Whole Love below, which Pat arranged the strings for.