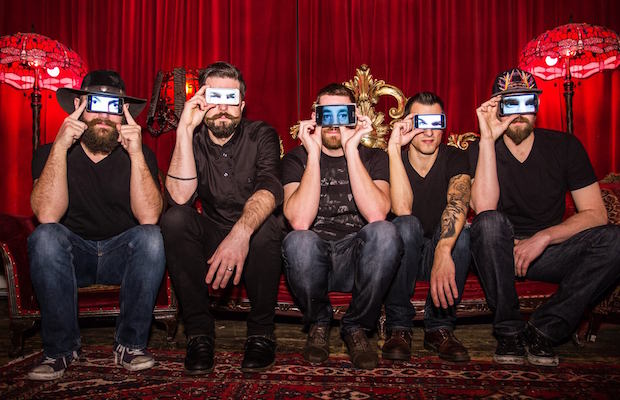 Formed more than a decade ago in Atlanta by frontman Adam Patterson and guitarist Mark Godwin, buzzy up and comers Stokeswood spent their early years in a state of musical experimentation, honing their eventual sound and performing around the region, particularly striking a chord with audiences in Florida. The group’s 2009, self-released debut, Carissa, showcased a more acoustic, poppy, song-focused body of work, which gave way to electronics, layers, and more radio friendly hooks by 2011’s In the Field of the Vibrations. However, it wasn’t until last year, with breakthrough EP 2075, that the group really began to find a broader audience, crafting tasteful, dance-ready beats, electro-laced melodies, and unabashed pop vocal hooks.

We first got hip to Stokeswood when they passed through town in support of X Ambassadors last fall, and immediately pegged them as a band to watch in the current landscape of indie-electronic acts. A step above their peers, Stokeswood also fuse elements of jamtronica, alternative, EDM, and disco, making them versatile enough to play with artists across distinctive genre barriers, and earning performance slots at a variety of festivals. They’re only just beginning to find a larger following outside of the southeast, but we have a feeling that when Stokeswood break, their path to the top will be swift and well-deserved. Check out their energetic, well-honed live show in person this summer!