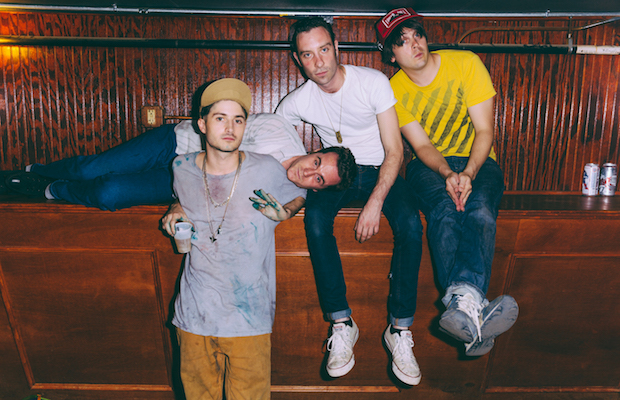 Making their seemingly annual pilgrimage to Nashville following a Red Bull event last fall, famed Atlanta garage rock outfit the Black Lips are set to return to Exit/In on Monday, May 2! Still riding high on the success of their 2014 LP Underneath the Rainbow, and already turning an eye towards their next release, the band are as exciting, fun, and energetic as ever, known for their wild, unpredictable live show. Local boogie rockers Savoy Motel have been tapped to open up this time around, and tickets are available right here! Or, if you’re so inclined, we’re also giving away a pair of tickets to one lucky fan; all you have to do is read on to find out more about the show and enter below!

Beloved Atlanta garage rockers the Black Lips are no strangers to Music City, but we jump at any chance to see their unpredictable, energetic, and wild live show. Formed in ’99 as they finished high school, the band started gaining a following in the early ’00s, thanks to their live antics and eclectic style, blending garage rock, psychedelic, roots rock, and blues with punk attitude and indie sensibilities. After a few years of constant touring, lineup shifts, and a string of releases which would hone their sound, the group were scooped up by Vice Records, breaking through to a wider audience with their eclectic fourth LP, 2007’s Good Bad Not Evil. The Black Lips have used their fame not just to plays shows and festivals stateside and across the globe, but also to travel to countries where western rock bands rarely play, like Egypt, the Middle East, and India (where they narrowly escaped being arrested for on stage antics). After recruiting super producer Mark Ronson for their 2011 effort Arabia Mountain, the Lips came to Nashville to record some of their seventh effort, 2014’s Underneath the Rainbow, with Black Keys drummer Patrick Carney. Still riding on steam from that release, their highest-charting to date, the band weathered the departure of longtime guitarist Ian St. Pe a couple years back, recruiting Jack Hines, who briefly played in the band from ’02 to ’04, to return. Presumably, new tunes are on the way as this tour cycle winds down, so catch the talented rockers now before they regroup for a well-deserved breather.

Nashville’s own Savoy Motel certainly share the Black Lips’ eclectic, genre-bending sensibilities, but land in territory much more experimental, nostalgic, and retro. Conjuring the ’70s in both sound and appearance, the funky, proggy, boogie rockers seem to operate out of place and time, mixing tasty riffs, thrilling visuals, and a truly unique approach to songwriting, which allows for plenty of contemporary elements to still spill in. They’ll release their eponymous debut later this year, and if it’s half as fun as the singles we’ve heard so far, we plan to spin it on repeat.

Winner will be announced Monday, May 2 at 10 a.m. CDT, and will receive one pair of tickets. Good luck!